Ten years ago, Phoenix shipped Shaquille O’Neal east to Cleveland in a blockbuster summer deal that paired The Big Diesel with a 25-year-old LeBron James. Let’s take a look at what was a huge deal at the time and how it ended up for everyone involved:

On June 26, 2009, the Phoenix Suns dealt a 37-year-old Shaq to the Cleveland Cavaliers in exchange for Sasha Pavlovic, Ben Wallace, cash and a 2010 second-round pick.

In the 2008-09 season, O’Neal averaged 17.8 points and 8.4 rebounds per game in an All-Star campaign, a return to the mid-season celebration he had missed the year previous for the first time since 1998-99. He played in Phoenix for a season and a half after being traded there from Miami in February 2008.

Pavlovic, 25 at the time, posted 4.6 points per contest on an average of 16.0 minutes in his fifth season with the Cavs. Wallace scored 2.9 points and nabbed 6.5 boards per outing in 23.5 minutes per night in his only full season in Cleveland after being shipped to the Cavs from Chicago in a February 2008 deal.

Cleveland finished 66-16 in the 2008-09 regular season, the top record in the NBA. At the No. 1 seed in the Eastern Conference, LeBron James and the Cavaliers swept No. 8 Detroit and No. 4 Atlanta in the first and second rounds. But as heavy favorites in the Eastern Conference Finals, Cleveland ran into an Orlando buzzsaw and was upset, 4-2, denying the team a shot at a championship.

Phoenix went 46-36, good for second in the Pacific Division, but not good enough for the playoffs. The Suns ended two games behind the Utah Jazz for the No. 8 seed, snapping their four-straight postseason appearances.

“Two of the biggest stars in the NBA will be team-mates next season after a blockbuster trade which sees Shaquille O’Neal move from the Phoenix Suns to the Cleveland Cavaliers – the home of league MVP LeBron James.” – CNN.com

“One is the King, a reigning MVP who at age 24 needs only a championship to complete his resume. The other is a larger-than-life personality who may be past the prime of his career but remains an undeniable force and hungers for a fifth NBA title.

The Cleveland Cavaliers executed a monster trade Thursday to unite the superstars, acquiring Shaquille O’Neal from the Phoenix Suns in hopes he can help LeBron James deliver the seemingly sports-cursed city its first major pro championship in 45 years.

The deal creates a tandem that instantly rivals any in sports today and calls to mind some of the great duos in NBA history: Michael Jordan and Scottie Pippen, Magic Johnson and Kareem Abdul-Jabbar, Bob Cousy and Bill Russell, Shaq himself and Kobe Bryant.

More important, if Cleveland’s gamble works and the 37-year-old O’Neal delivers a title, it could keep James around. James is an Akron native, knows Cleveland’s pained sports history and has always maintained he wants to stay in his home state, though there is no guarantee he will sign an extension with the Cavs. Cleveland can offer him one as early as this summer.” – ESPN.com

“We felt it was important to make a move to gain financial flexibility so that we can make this transition to re-establish ourselves as a basketball team. We have to get to a point where we can make basketball decisions rather than financial ones.” – Phoenix General Manager Steve Kerr on the team’s website (via New York Times)

“Where this leaves the Suns is unclear. They have been dangling Amar’e Stoudemire, their other All-Star big man, in trade discussions all year. Their All-Star point guard, Steve Nash, is entering the last year of his contract and has been notably disconcerted by the team’s direction.” – Howard Beck, The New York Times

“Like many of the Phoenix Suns’ recent NBA draft days, this one will be more about who the Suns are sending away with Phoenix agreeing Wednesday night to a trade that will ship Shaquille O’Neal to the Cleveland Cavaliers …

The Suns were looking for payroll and luxury-tax relief but also questioned whether O’Neal’s demand for a post-up game fit the return to a high-paced system and if they could succeed with O’Neal and Steve Nash in pick-and-roll defense situations frequently.” – Paul Coro, The Arizona Republic

“It’s a great move for Cleveland, and I think Shaq being closer to New York, playing four times against us, it’s not good for us.” – Knicks Head Coach Mike D’Antoni in The New York Times

“Well, it never really died. Danny Ferry, the Cleveland Cavaliers general manager, and Steve Kerr, the Suns GM, former teammates, very good friends, so they continued to talk throughout the season, and this trade was always kind of on the back burner. It was always a deal that both teams knew could potentially happen so when their seasons ended, talks kind of revived as the teams were calling around the league, seeing what else was going on. And really the reason it didn’t go down earlier was that both teams were looking at other options. Cleveland, with the contracts of Ben Wallace and Sasha Pavlovic, wanted to see if they could maybe do better, and the Suns wanted to see if they could do better, maybe get a player who could help them in this deal.

Now, Cleveland was also talking with New Orleans about Tyson Chandler, and I’m told that if they had not pulled the Shaq trade, they would have gotten Chandler. The thing that kind of dissuaded them from going that route is that Chandler has a long-term contract, whereas Shaq is in the last year of his deal and its really a one-year thing with him.” – Chris Broussard on SportsCenter

“Well, at this point, this was a financial move obviously. (The Suns) felt like they couldn’t compete for a championship with the team they had and they were losing money, so you might as well start getting financial relief. They will probably buy out Ben Wallace, who will probably retire. Sasha Pavlovic will probably be cut. He only had $1.3 million guaranteed, so this is going to save them more than $10 million when you count in luxury-tax savings and things like that.” – Chris Broussard on SportsCenter

“The Cleveland Cavaliers are a desperate franchise – desperate to win a title, and desperate to keep LeBron James in their uniform in 2010.

And the trade for Shaquille O’Neal is a sign of that desperation – but that doesn’t mean it’s a bad trade. It’s clear now it’s a good enough trade Cleveland should have made it four months ago at the trading deadline when it was first proposed …

Shaq can help at both ends of the floor to counter what undid the Cavs against the Magic in the Eastern Conference Finals.” – Kurt Helin, NBC 10 Philadelphia

O’Neal spent one year in Cleveland, averaging 12.0 points and 6.7 rebounds in 23.4 minutes per game. The Cavs went 61-21 in the 2009-10 regular season, again the best in the NBA. They defeated No. 8 seed Chicago Bulls in the first round, 4-1, before facing No. 4 seed Boston Celtics in the second round. The two teams traded blows through the first four games of the series, alternating winners. But in Games 5 and 6, Kevin Garnett scored 18 and 22, respectively, and the Celtics came away with two victories and a ticket to the Eastern Conference Finals. O’Neal averaged 13.5 points and 5.0 rebounds in 23.4 minutes per game in the series.

In the summer of 2010, O’Neal signed with Boston for what would be the final season of his 19-year NBA career. LeBron James also left Cleveland that summer, infamously announcing his decision to sign with the Miami Heat on live television.

The Suns waived Wallace a few weeks after acquiring him and released Pavlovic in September. Wallace signed with the Detroit Pistons in August, returning to the franchise where he spent 2000-06. He would remain with the Pistons until the end of the 2011-12 season. He averaged 3.4 points and 6.6 rebounds in his three-season return to Detroit.

Pavlovic signed with the Minnesota Timberwolves days after the Suns released him. The Montenegrin spent one season there, scoring 3.7 points in 12.4 minutes per contest. Following his Minnesota stint, he bounced among Dallas, New Orleans, Boston and Portland from 2010-13.

Phoenix went 54-28 in the regular season, again placing second in the Pacific Division, but this time finishing third in the Western Conference. In their return to the postseason, the Suns first faced No. 6 seed Portland Trail Blazers in the opening round. Phoenix dispatched the Blazers in six games, then swept No. 7 seed San Antonio in the second round to get back to the Western Conference Finals for the first time since 2006 and ninth time in franchise history. But the Suns would lose, 4-2, to the Los Angeles Lakers, the West’s No. 1 seed and reigning league champions, ending their bid for the organization’s first-ever NBA title. Phoenix has not returned to the postseason since. 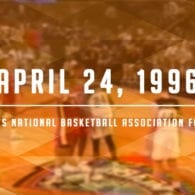 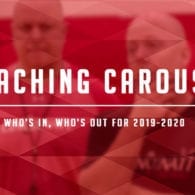 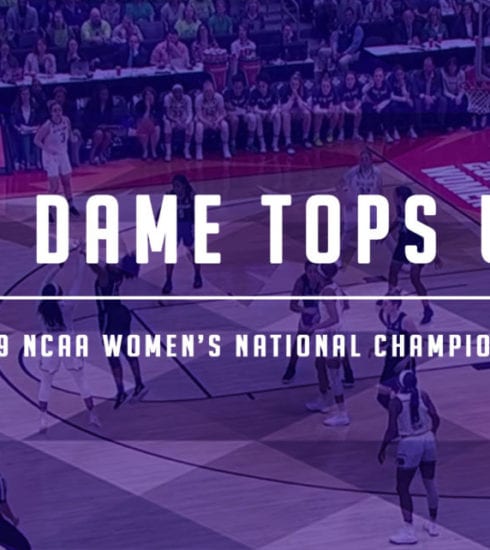 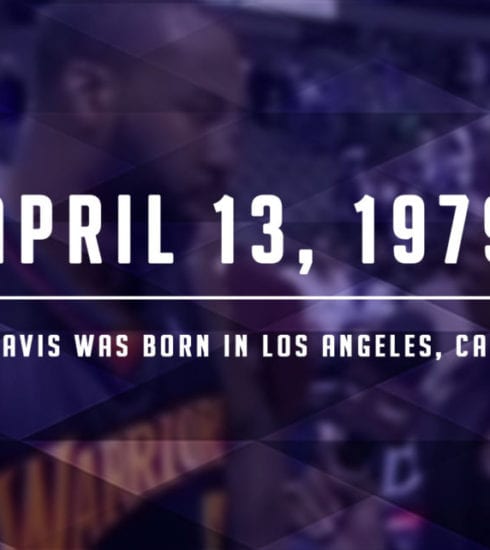 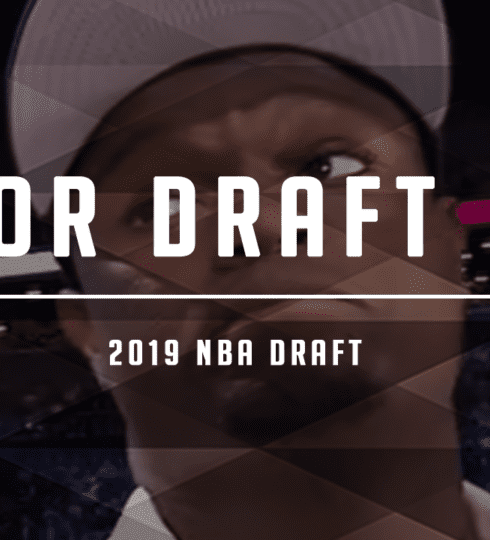 Five NBA Draft Decisions That Can Make an Immediate Impact