It’s the college basketball offseason, and that means it’s all about recruiting and coaching changes. Most available jobs have been filled, and so with most of the carousel is behind us, let’s take a look at some of the highlights of the 2019 ride:

There are two you could make a serious argument for, with Buzz Williams being the coach he is, but I lean toward Nebraska’s hiring of Fred Hoiberg. Tim Miles elevated the program in his seven seasons but ultimately couldn’t get the Cornhuskers, the only major-conference team without an NCAA Tournament win, over the hump. He helped lay an important foundation, though, that has had Nebraska competitive in what has typically been a highly competitive Big Ten since the Huskers joined. The arena is great, and the fans are there. Those aren’t things you could always say about Nebrasketball, and that could help Hoiberg get started.

Hoiberg previously coached in college at Iowa State from 2010-15, turning the Cyclones into a consistent tournament team that competed toward the top of the Big 12 and won Big 12 Tournament titles. Heading across the western border to Nebraska will be a familiar setup for him, and there aren’t many reasons to believe Hoiberg can’t get the Huskers running like he did the Cyclones. The biggest concern is his known disdain for recruiting, something he enjoyed avoiding while coaching the Chicago Bulls.

Now, he’s back in college and will be forced to do what he explicitly railed against two years ago. It didn’t stop him from winning in Ames, and it probably won’t in Lincoln, either. But there is always the chance Hoiberg burns out on recruiting.

To be clear, this isn’t a prediction of failure. What it is, is an acknowledgement that this hire could go either way, and fast.

Vanderbilt hired Jerry Stackhouse as the 28th coach in program history following the firing of Bryce Drew after three seasons. Only six years removed from the end of his playing career, Stackhouse has been coaching since 2015 when he was hired as an assistant for the Toronto Raptors. After one season, he became the head coach of the G-League’s Raptors 905 and led it to a championship in 2017 as he was named the league’s Coach of the Year. He spent the 2018-19 campaign as an assistant on the Memphis Grizzlies staff.

Notice none of his experience includes college, which is what he faces now. Stackhouse does have experience with AAU, though, general managing Stackhouse Elite, the team he owns. That could prove vital when it comes to recruiting, an important notch in his favor. But there’s no prior evidence to draw on for how he will handle the aspects unique to college coaching. Then there’s the worry he would jump if any NBA team came calling with a head coaching position, but if that were to happen, he would likely have experienced some success at Vanderbilt, and that wouldn’t be the worst thing.

He wasn’t their first choice, but he was the safe choice. Mick Cronin will man the sideline at Pauley Pavilion next season, a huge career move for the Cincinnati-native and alum of his former employer. UCLA fired Steve Alford in December, the opening act in this round of coaching theater, after it was clear his program had stalled. With a massive head start, the Bruins still failed to sign one of their primary targets and settled for Cincinnati’s Cronin.

Naturally, this led to UCLA and Cronin both getting ripped to shreds by media and fans alike. It is notable that a program like UCLA’s had to go so far down its list to find a candidate who would agree to move to southern California, but this isn’t a bad hire because Cronin’s history isn’t laden with national championships and Final Fours.

The Bruins haven’t played to their expectations in about 10 years. It was 2008 when Ben Howland had UCLA in its third-straight Final Four. Now, the team is hoping to make the tournament, and there have been off-court issues the last few seasons that illustrate deeper issues than losing games.

Cronin was a rock in his 13 years in Cincinnati. He had the Bearcats in the last nine NCAA Tournaments and won at least 22 games each campaign in that span. He only reached the Sweet 16 once (2012), which is what many naysayers have latched on to, and understandably so.

Cronin will most likely not return UCLA to its former glory. But the Bruins are so far removed from what they once were that it shouldn’t be a worry. UCLA needs to take the step up to consistently participating in the postseason before it can dream of Final Fours and national crowns. If what you require is disciplined basketball with an emphasis on the right things, as well as consistent tournament-caliber teams, then Cronin is the man for you, and that’s precisely what UCLA needs at the moment.

Ohio hired Jeff Boals from Stony Brook, an alum who led the Bobcats to the 1994 NCAA Tournament as a player. He had coached in the area for most of his career, serving as an assistant at Ohio, Charleston (WV), Marshall, Robert Morris, Akron and Ohio State from 1995-2016. The Ohio-native took his first head coaching job in 2016, ending an eight-year stint on Thad Matta’s Ohio State staff to go to Stony Brook, his first position outside of the Ohio-West Virginia-Western Pennsylvania region. In his three seasons with the Seawolves, he had them competitive, participating in two CBIs, two second-place finishes in the America East Conference and a 31-17 conference record.

Ohio hasn’t been to the NCAA Tournament since John Groce led it to the Sweet 16 in 2012. Boals has all the tools to get the Bobcats dancing again, and his recruiting has been strong to start. In his first month, he already convinced Columbus product Ben Roderick to come to Athens, a huge get for the MAC program. It might not be immediate, but Boals should find success at Ohio, and when he does, his name will likely float for bigger gigs.

Troy hired Scott Cross, who spent the 2018-19 season as an assistant at TCU. Before that, he was the head coach at UT Arlington for 12 years until he was surprisingly fired in 2018. Cross led the Mavericks to the best era in their history, and the move to let go of him and his entire staff was odd.

“In order to align the program’s direction with the University’s objectives, I believe new leadership and energy surrounding the program is needed,” UT Arlington Athletic Director Jim Baker told the Fort Worth Star-Telegram at the time of the firing.

Regardless, Cross went 225-161 (127-87) with one NCAA Tournament appearance, five total postseason participations and two regular season conference championships in his time at UT Arlington. Troy has to be excited about getting a guy with that pedigree, especially having done it partially in the Sun Belt, too.

Tulane put an end to Mike Dunleavy’s tenure in New Orleans after a dreadful 4-27 season. The Green Wave hired Ron Hunter to turn them around, and he has a proven record of success from his time at Georgia State. He had the Panthers in the last two NCAA Tournaments, and had them dancing in 2015, even pulling an upset in the first round over No. 3 seed Baylor, and is the winningest coach in program history.

The Atlanta Journal-Constitution reported a breakdown in relations between Hunter and Georgia State over the course of the last calendar year that led to the coach leaving for another school. It probably doesn’t make a difference to Tulane, though. The Green Wave haven’t been to the tournament since 1995, and now their head coach has been to three of the last five tournaments. This could be a massive break for a Tulane program that has badly needed one for decades.

THE END OF ERAS

Some of the longest-tenured coaches in the sport won’t be on the same sideline next season, requiring some serious adjustments from fans who have watched one coach for decades. At Belmont, Rick Byrd concluded his 33 years in Nashville following his first NCAA Tournament win in the 2019 Big Dance. Fran Dunphy stepped down at Temple, where he and his mustache had been since 2006, and Phil Martelli was fired after 24 seasons as St. Joe’s head coach and 34 seasons in total within the program. Dave Rose stepped down at BYU, ending his 14 years as the boss in Provo.

Belmont secured the target many expected it to pursue: Casey Alexander. He served as Byrd’s assistant for 16 years from 1995-2011, then left to fill Lipscomb’s head coaching vacancy. Alexander led the Bison to three-straight 20-win seasons, an NCAA Tournament appearance in 2018 and a runner-up finish in the NIT in 2019.

Temple promoted Aaron McKie, who is also familiar with the Owls program. He is a Philadelphia native and Temple alum who spent the previous five seasons on Dunphy’s staff. Elsewhere in the city, St. Joseph’s hired Billy Lange, who served as a 76ers assistant for the last six years. He has coached in Philadelphia for 14 totals years in his career, dating back to 1996.

The Cougars poached Mark Pope to replace Rose. Pope was the head coach at Utah Valley for the last four seasons, getting the Wolverines to three-straight CBIs, and 23+ win seasons and second-place WAC regular season finishes in 2017-18 and 2018-19. He was an assistant at BYU from 2011-15 before going to Utah Valley, and was formerly an assistant at Georgia and Wake Forest for the two seasons previous to begin his coaching career.

Washington State is one of the most difficult major-conference jobs in the country. Ernie Kent couldn’t get it done, and after five years, he was out at the end of the season. The Cougars welcomed Kyle Smith to Pullman to take on the challenge in Kent’s place.

Smith spent the last three seasons as San Francisco’s head coach, steadily building the Dons into a respectable side in the WCC with three-straight 20-win seasons. Before that, he was in charge at Columbia from 2010-16, winning the CIT in his final season with the Lions.

The coach comes from the Randy Bennett coaching tree having spent 2001-10 as an assistant under him at St. Mary’s. He was a crucial part of Bennett’s transformation of the Gaels program, and he knows the tricks to winning in a disadvantaged environment. Smith was important in building St. Mary’s pipelines into Australia, and he knows how to find the diamonds in the rough that are required to succeed at a place like Washington State.

“When I think of Washington State basketball, I think of the great coaches that have been there, going back to Marv Harshman, George Raveling, Kelvin Sampson and then Tony Bennett, to name a few,” Smith said in a statement. “The most recent success being Tony Bennett, who actually offered me a job when his dad left and he was appointed head coach. I’ve followed Tony’s career and he and I have often recruited some of the same types of players.”

Smith brings an analytics-based system with him to Pullman, another reason why this hire makes so much sense. The coaches who have seen the most success at Washington State have recruited to a system. That’s exactly what Smith has done his entire career.

“(He’s) the smartest man in college basketball,” said Richmond head coach Chris Mooney of Smith in 2010, who worked with Smith when they were assistants and roommates at Air Force for the 2000-01 season. “I think he has the best feel and overview of basketball programs and coaching of anyone I’ve ever met.” 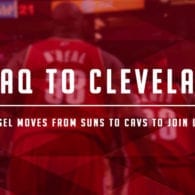 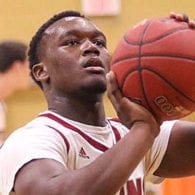 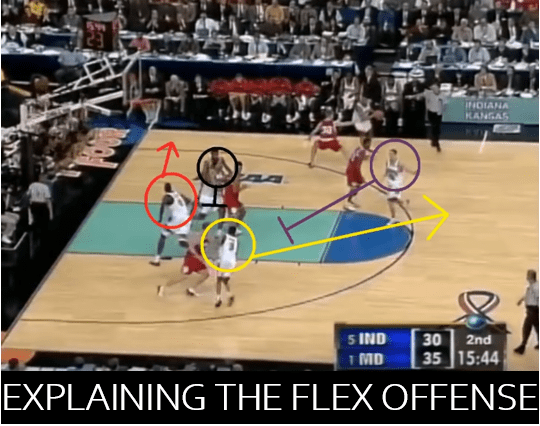 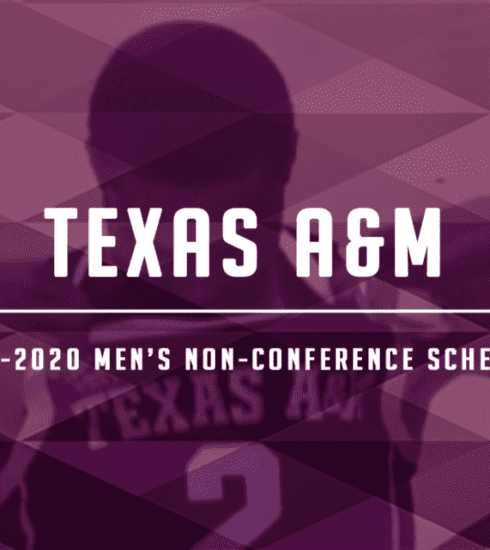