But I still ball, and after physically filling out more, growing into my athleticism and lifting some weights, I’ve become a solid player. I’m not going to wow someone with my incredible skill, but you can stick me in a 5-on-5 game with players taller and more skilled than me (which is pretty standard), and I can hang.

It has taken a lot of practice and time to get to the point where I can overcome my height, but it can be done. Just because you weren’t gifted with size doesn’t mean you can’t be an effective basketball player. Here are some tips I’ve created from my years of hooping and general pointers that any short player can appreciate:

It can be tough to enter the lane and get a good shot toward the rim when everyone in the land of trees has a head or more on you. You know one effective way to work around it? Shoot over them.

A defender’s length can still bother your outside shot, but with so much more room to work with, it’s much easier to find open space and carve out a pocket to catch-and-shoot or pull up. The biggest players probably won’t be hanging around the three-point line, leaving you with someone either your height or only a few inches taller to get the ball over. If you can reliably shoot from deep, you can reliably score no matter how tall you are. That isn’t limited to threes only, though. Having a solid mid-range jumper than you can fall back on when you need to avoid a big man protecting the rim will make you that much more versatile.

I have spent more time on my shot than anything else, and I have benefited a great amount from it. If I can’t get by a defender or going toward the rim isn’t happening for me, I always have something to fall back on. And it doesn’t need to be a fall back: a lot of my scoring in pick up games and otherwise come from behind the arc, and it’s by choice, not always necessity. If I can hit from deep, it also forces my defender to stay tight on me, opening up space for my teammates to utilize with cuts and drives to the hoop.

Saying that shooting will help your basketball game seems like a very obvious answer, and it is, but it’s especially true for short players.

One of the first things kids are taught when they’re learning basketball is to dribble as low as they can. Dribbling the ball high allows defenders much more access to the ball, not to mention you’ll have significantly less control of the ball’s course. This is where your short statue can be an advantage if you play your cards right.

Work on keeping your dribble as low as possible and turn your wrists into ball handling machines. You have a natural aid in keeping the ball low. Use it as a strength by transforming your handles into one of your strongest attributes.

When taller players with longer, clumsier legs try to guard you, you can use your lower center of gravity to attack them right around their hips and blow them by before they can get turned around. But, unless you have mastered your ball handling skills, you won’t have the skills necessary to make big men pay for stepping out to the perimeter.

Add a Floater to Your Repertoire

I have had my shot blocked way more times than I care to count. It used to happen a ton when I was younger. I would drive to the basket and put up a layup by the rim, only for someone with their head in the clouds to come over and swat it without jumping. Eventually, I learned the value of the floater.

When you’re weaving through traffic in the lane, it’s very difficult to get the ball moving toward the hoop in a positive manner when everyone was born with arms twice as long as yours. Layups are easy pickings for big men to knock down, but if you can release the ball from a high point before reaching them, you can get the ball over their heads and outstretched arms.

You have to be creative when you’re short. Sometimes, conventional methods won’t work or won’t work as well as they would for taller players.

Work on Getting Your Shot Up Fast

As already explained, being short means your shot is easier for taller defenders to block. One way around this is to shoot from the outside. To make that method even more effective, work on making your release as quick as possible.

This isn’t limited to jump shots, though. This is part of what floaters so great for short ballers. You can transition the ball from being dribbled to the position to put it up for a shot faster if you only have to use one hand as opposed to two, not to mention having your feet set. Floaters allow you that flexibility, unlike a jump shot, which requires a guide hand and squared-up feet to be the most efficient. You don’t need all that for a floater. All you need is one free hand and one foot to jump off from.

It’s more difficult to block or alter a shot that gets put up fast, jump shot or otherwise. Floaters just so happen to provide the best of both worlds.

People think short players can’t rebound, but that’s not true. Sure, it’s more difficult, but if you use proper fundamentals and know what you’re doing, you can use your size as a plus on the boards.

It is more challenging to get around a wider and taller player, but if you can slip through and find position on a bigger player, you can get the rebound, or at least keep them from getting it. Bend your knees, stick your butt out and outstretch your arms are far out as you can. If you use the right fundamentals, you will be able to keep your opponent from the space and have first chance at the board or provide a teammate with it.

There are tricks to predicting where the ball with fall off the rim, too. For example, a rebound is more likely to end up on the opposite side of the basket that the original shot came from. Also, shorter shots generally create shorter rebounds, while longer shots usually turn into longer rebounds. Understanding these concepts can go a long way in putting you in the right position to grab an available board, and that can suit you better that height in some situations.

Of course, size and length are very helpful with rebounding, and you can get position on someone only for the ball to plucked over top of you. But if you know what to do and where to be, you will have a leg on a lot of your competition, even if your legs are more like stumps. 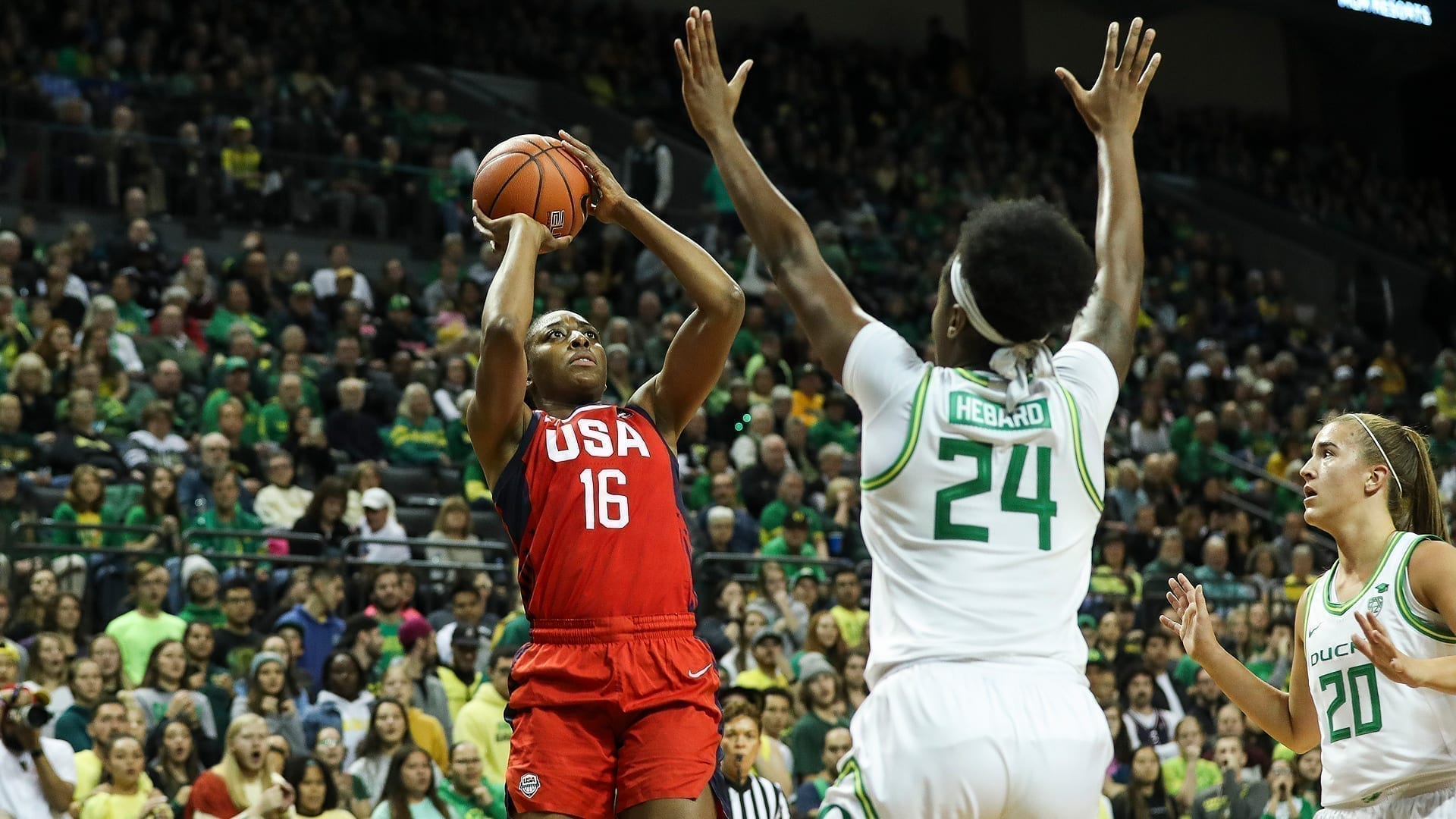 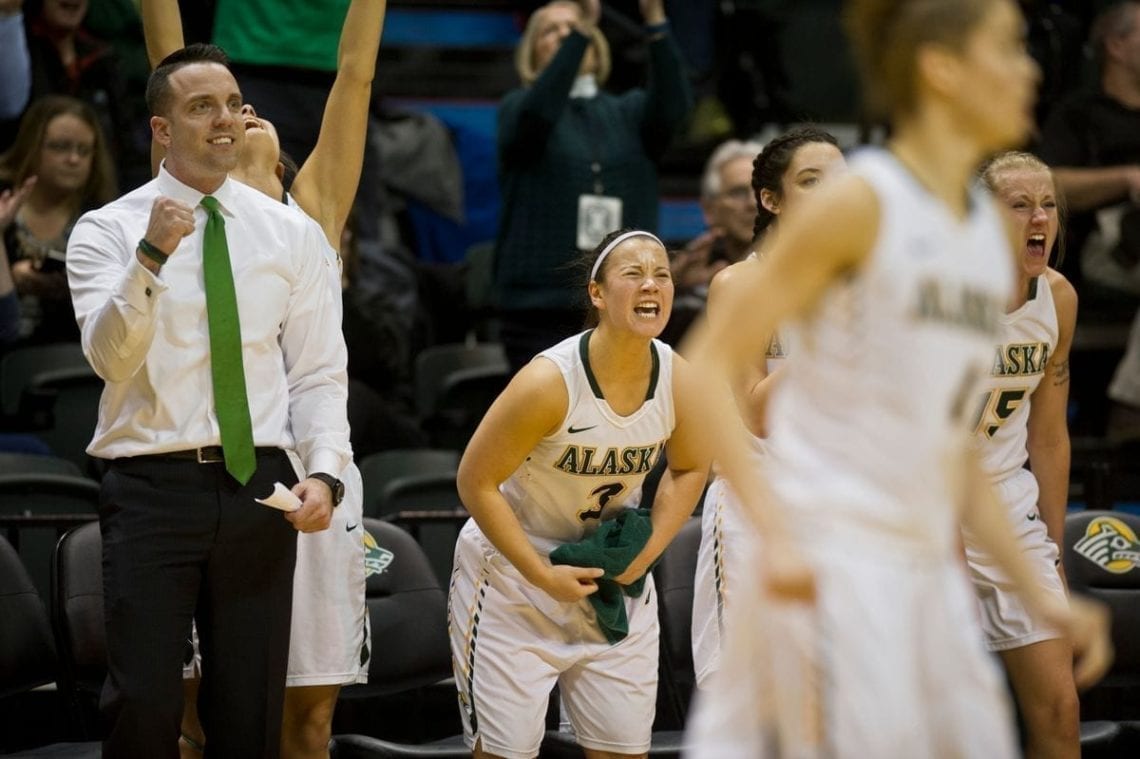 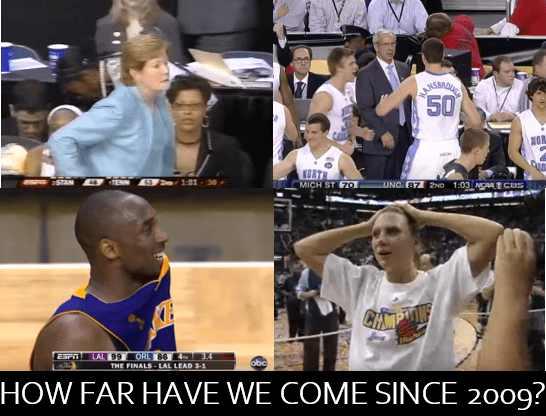 Remembering the Decade: How Far We’ve Come Since 2009