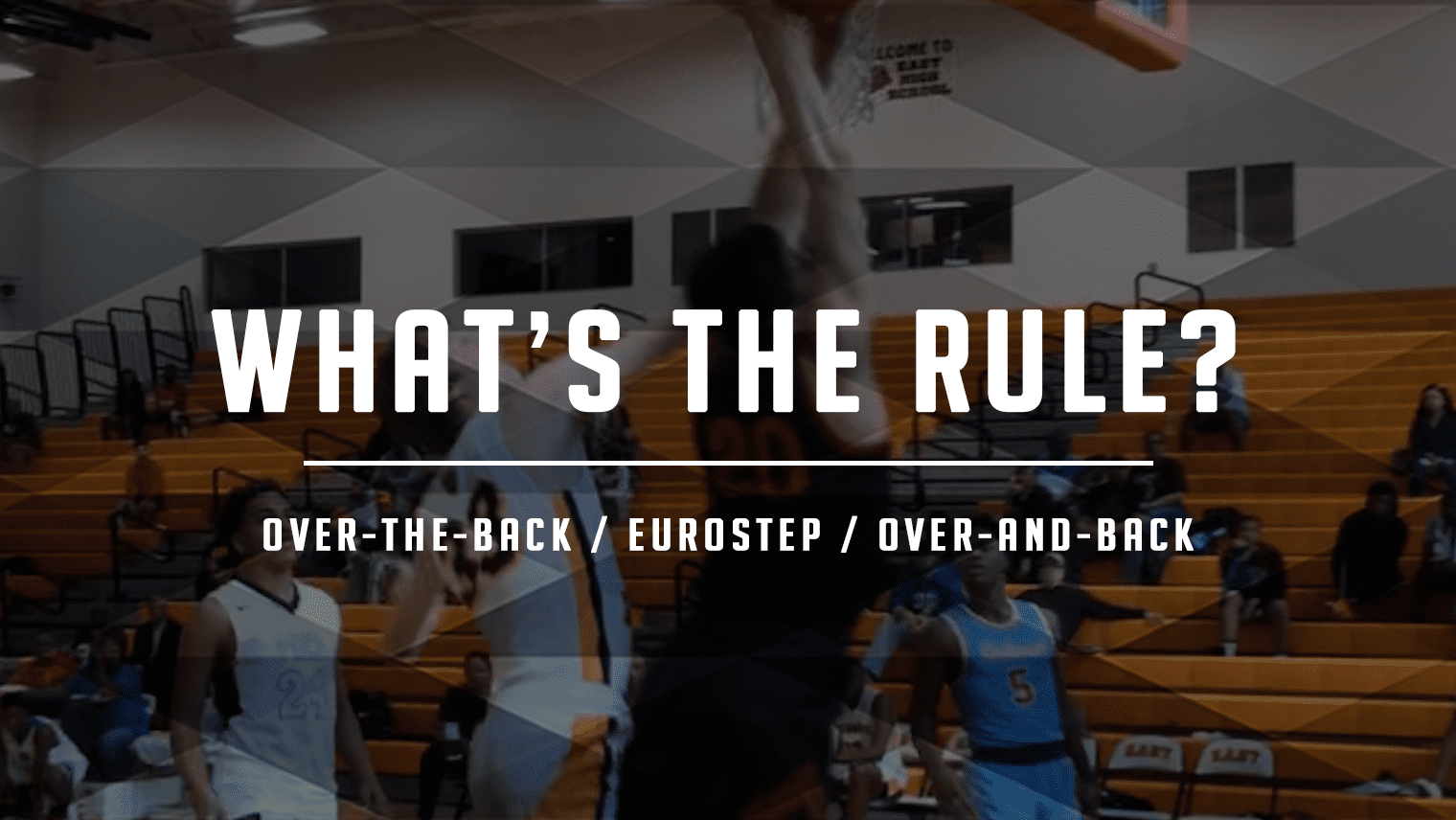 People often mistake the rules of basketball, so here are three common misconceptions using language in the rule book to clear them up.

by Justin Meyer
in High School

You’re in a gym, so of course you know basketball. That’s all it takes to know the rule, right?

You will hear people yelling all sorts of things during games, mostly at the officials and opposing team. Just because they’re loud, doesn’t mean what they’re saying is right, but no one wants to correct the overweight drunk guy treating this sixth grade girl’s rec game like it’s Game 6 of the NBA Finals.

Next time you’re in a gym and hear Sir Yells-A-Lot going off, here are three common rule misconceptions that you can know he’s probably getting wrong.

Over the back does not exist. It is not a thing. It has never been a thing. It will never be a thing. Stop yelling about it.

Whenever a taller player uses his or her height to their advantage and goes over the top of a smaller player, you hear everyone and their cousin screaming, “Over the back!” from the stands, as if it is somehow illegal to be tall in basketball. In reality, it is quite the opposite: being tall is a good thing, and the rules aren’t designed to punish for it.

It’s perfectly legal to go over someone’s back to get the ball, assuming you do not make contact with them. If the taller player’s arms come down onto the smaller player, or if they bump into their back with their body, then a foul should be called for illegal use of the hands or a push on the body. But there is no foul for going over an opponent’s back.

Here is what the NFHS rule book has to say about legal and illegal use of hands and arms in Rule 4, Section 24:

“ART. 6: It is not legal to extend the arms fully or partially in a position other than vertical so that the freedom of movement of an opponent is hindered when contact with the arms occurs.”

The key word in that explanation is “contact,” proving that unless contact occurs, there is no foul. A player reaching over another to grab the ball is perfectly within his or her right to do so, presuming no contact is made.

If you or one of your loved ones is a notorious over-the-backer, please now take a moment to reevaluate.

People generally have an idea of what an over-and-back violation is and how it works. In general, once the ball crosses the mid-court line, it can’t come back across or else it’s a violation and the possession will change. But there’s more nuance to it than that, and that’s where most people end up incorrectly protesting.

First, let’s review Rule 4, Section 4 of the NFHS rule book, which regards ball location and its status in a player’s disposal:

ART. 2: A ball which is in contact with a player or with the court is in the frontcourt if neither the ball nor the player is touching the backcourt.

ART. 3: A ball which is in flight retains the same location as when it was last in contact with a player or the court.

When a player has the ball in his or her hands with one foot across the mid-court line and other behind it, fans lose their minds. But, as we can clearly see in the rules, that player has not yet crossed into the frontcourt. Until both feet and the ball are across the line, it cannot be an over-and-back violation.

There is no mention of the euro step in the rule book. It is a move where players take their two steps in a non-linear fashion. That is all it is. It is not a travel. It is not a carry. It is not in any way illegal, unless it is done in a way that breaks the rules just like any other move.

According to the NFHS rule book, a travel is defined in Rule 4, Section 44:

“Traveling is moving a foot or feet in any direction in excess of prescribed limits while holding the ball. The limits on foot movements are as follows …

ART. 2: A player who catches the ball while moving or dribbling may stop and establish a pivot foot as follows:

b. If one foot is on the floor:

1. It is the pivot when the other foot touches in a step.

2. The player may jump off that foot and simultaneously land on both. Neither foot can be a pivot in this case.”

As you can see, a player is allowed his or her two steps, and the rule book does not say anything about those steps having to be along any specific path. As long as a third step is not taken by replanting the pivot foot, it is legal in the same way that two steps in a direct, straight line would be legal.

In this video, a player in white uses a euro step to move around his defender. In doing so, he takes the two steps that are allowed. Just because they are not in a straight line does not mean he has traveled. It means he is creative.