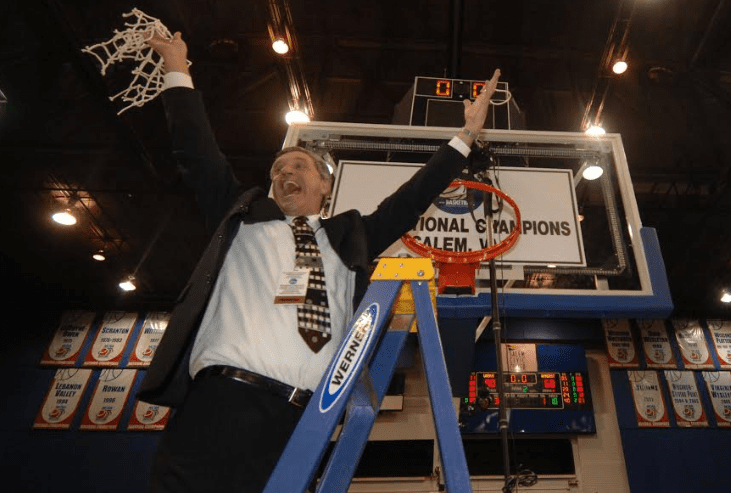 A Message From Retired WashU Coach Mark Edwards on COVID-19

Mark Edwards was the WashU men’s basketball head coach from 1981-2018, taking over at his alma mater after its basketball program went defunct for roughly a decade. He led the Bears to two national championships, three Final Fours appearances and a 685-293 record over 37 years. Mark Edwards retired in 2018.

Before Nothing But Nylon began publishing in February 2019, I interviewed Mark Edwards in late 2018 about his life in basketball, from his playing days to his coaching days, to how life lessons and everything in between. I felt I learned a lot from the conversations I had with him, and hopefully readers of those articles believed they did, too.

That’s why, as I’ve been reaching out to coaches across the country who are dealing with the current COVID-19 situation, I reached out to him to ask for his perspective on everything.

“I am doing well in retirement. I do enjoy watching the game of basketball as a spectator but still miss the competition and day-to-day interaction with the team,” Mark Edwards said.

“This has been a very strange year given the abrupt ending of the basketball season without the resolution of a Championship. I feel sorry for all those players whose Championship runs were cut short, especially for the seniors who are ending their careers.

“For my entire college coaching career of 46 years, we approached each year as the beginning of a ‘Championship’ run. Each of those years resulted in us determining our own destiny. Obviously if you win the National Championship, you accomplished your goal, and if you didn’t, it was because someone beat you.

“This year, however, the result of the chase for the Championship was terminated by something other than a loss. Very different dynamic! In 1989, Washington University was playing in the NCAA Tournament and were the recipient of a forfeit win in the first round. It did not take place until we were ready to take the floor for the game. Our players were focused and ready to go, but no game to play.

“Although we advanced by forfeit, it was still a strange emotional dynamic. This current situation goes far beyond that, so I can imagine the disappointment and let down that the coaches, players and fans are experiencing. The proper response is to step back, regroup and move on to the next challenge, but you can’t even do that. So far, there is nothing to move on to. This is true for every sport in the world!

“Yes, we are living in a strange time, and we do have a new challenge to face. Perhaps our athletes can contribute their competitive nature, understanding of team dynamics and relentless work ethic to help defeat this challenge. The word ‘crisis’ defines the situation we face, not the solution. We are the solution and we are up to the challenge. Good leadership, good teammates and a smart game plan can help us focus on the solution.”

Mark Edwards went on to point out that we could see a ripple effect in recruiting because of this situation.

“Another area that will be impacted is recruiting, especially non-Division I schools. Recruits usually make visits in April prior to making their decisions. Coaches often travel to their homes for final presentations about their school. Without being able to do these things, it could impact both the schools and prospects. It will be interesting to see the extent and nature of that impact,” he explained.