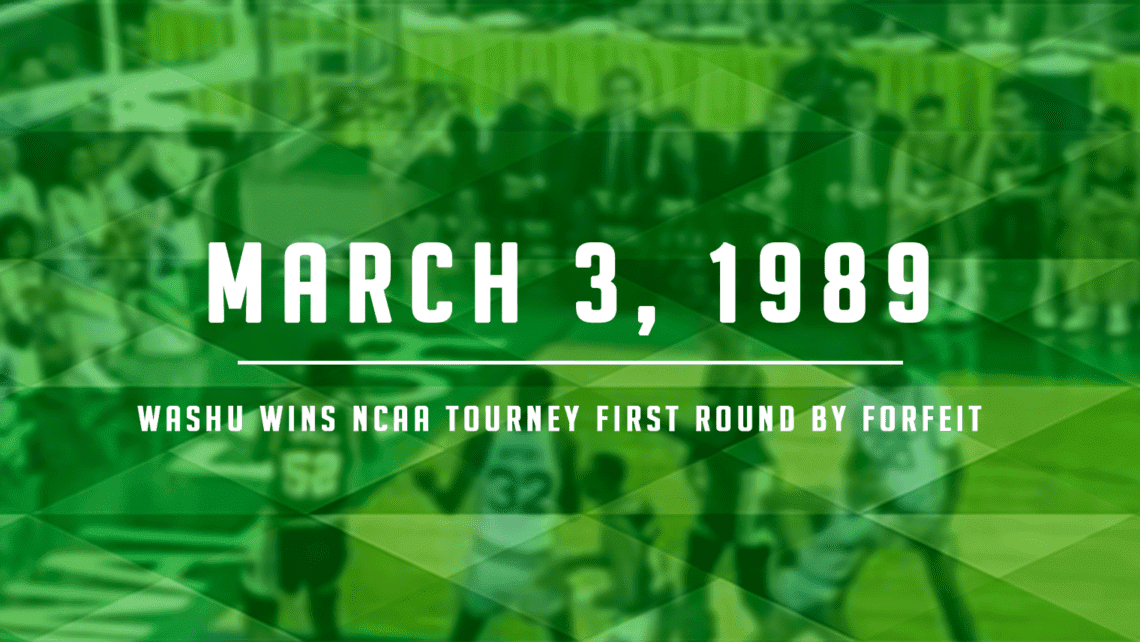 by Justin Meyer
in College, Mark Edwards, This Day in History

On this day 30 years ago, WashU defeated Rust College, 2-0, on a forfeit before the game started in the first round of the 1989 Division III Men’s Basketball Tournament.

At that time, teams were required to submit a registrar-verified roster the day before or morning of all first round games. Rust College had a few players on its team who weren’t enrolled at the school, and someone had reported them to the NCAA. However, until the illegal roster was entered, no action could be taken, leaving the drama for the last minute, said Mark Edwards, who served as WashU’s head men’s coach from 1981-2018.

It wasn’t until Rust College was forced to turn in its sheet right before game time that the NCAA broke the news to Edwards and the Bears.

Edwards and his staff were in the locker room going back over their game plan when an NCAA representative knocked on the door and asked to speak with him in the hallway.

“I went back in the locker room, and none of the players believed me. They thought it was a joke, some kind of prank,” Edwards said. “I had to have (the NCAA) come in and tell them it was true, WashU just won by forfeit.”

WashU moved on to the regional championship the following day, but it didn’t waste the opportunity of an open court. Rather than play the game the team expected against Rust College, the Bears split in half and scrimmaged each other during the allotted time.

Edwards said it was one of the weirdest occurrences of his career.

“It was very unusual,” Edwards said. “You don’t realize how emotional, how focused you are on a particular game when you’re preparing, particularly when you’re in the NCAA Tournament. And then you don’t get to play it.”

1988-89 WashU Bears: In the Regional Championship the following day, WashU narrowly lost 69-68 to Centre College. The team finished the season 20-8 (10-4 in the University Athletic Association).

WashU vs. Rust College: This was the third all-time “meeting” between these schools. In 1987, they were paired in the first round and WashU came out victorious, edging Rust College 69-68 for a bid to the Regional Championship. Earlier in the same season as the forfeit, WashU and Rust played in the regular season, with the Bears cruising to a 69-55 win. The schools have not played since, and the series remains 3-0 in WashU’s favor.