In December, 29 teens traveled across the world for their basketball pilgrimage.

It took them 36 hours to get from Melbourne, Australia to Columbus, Ohio, to start their campaign across the United States: a three-week tour with stops in Columbus, Indianapolis, Phoenix, Las Vegas and Los Angeles and games against various high schools in each location.

The Ringwood Hawks from Victoria brought two boys teams and one girls team across the Pacific for the opportunity to play in the biggest basketball hotbed in the world. For many of the kids, it’s something they’ve imagined for a long time. 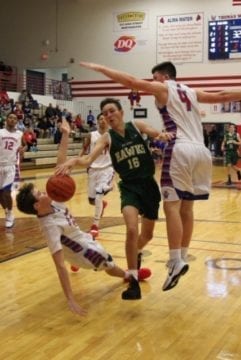 “I’m pretty sure it’s almost everybody’s dream to come over to American and play from Australia,” said guard James Peacock, 18.

The opportunity to play against American competition exposed the youth to a new brand of basketball it hadn’t seen before.

From 2008-2010, Clarke played at Pensacola State College in Pensacola, Florida. He said he learned a tremendous amount from his time playing in America and hoped the kids pick up some of the same lessons.

“It was great for my life and my career, so I can only imagine what it’ll do for these (kids),” Clarke said. “It made me grow up faster than I expected. I went over as a pretty young kid, these kids’ age, and it made me learn that basketball is always growing. It’s something you can always get better at. Seeing these guys train every day, how they work out and their lifestyles is something these kids should probably start learning and taking home.”

Not only is the play style different, but there’s a stark contrast in atmosphere and engagement, said Tim Mottin, the president of the association, the program’s head women’s coach and lead organizer of the trip.

“Back home, we don’t have high schools with the same sort of facilities. There’s no concentration on sports and the competition as it is here,” Mottin explained. “The facilities and the support that the whole community and the school have for those sports teams is just magnificent. The professionalism that comes along with it, whether it be scoreboards, the support staff there, security guards, the concession stands, it’s just so professional.”

While in Indiana, Ringwood went to see Wright State challenge IUPUI on Dec. 30. and the Atlanta Hawks play at the Indiana Pacers on Jan. 1, then later watched the Detroit Pistons against the Los Angeles Clippers at Staples Center. Mottin said seeing the arenas and facilities American high schools, colleges and pro teams use, as well as learning how much time and effort go into the sport, helps broaden the Australians’ basketball horizons.

“The kids are walking into the stadiums and gyms, and ‘Woooow, look at so many seats, look at the locker rooms!’” he said, imitating the players. “When we go to the colleges, I make sure I get the coaches there to explain to them what a day in the life is like when you’re a college basketball player: what are you expected to do, how do you go about it. It’s eye-opening for them.” 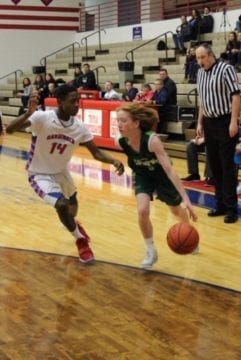 Guard Emily Wellington, 15, said she expected some of the physicality and speed differences. It was still a difficult adjustment, but she said incorporating those attributes into her game will make her a better player.

“I expected it to be faster and more physical because of the stuff you hear about American basketball. It’s more intense than Australian basketball,” she said. “I will definitely be playing a lot more physical and make my game pace faster, as well as using new skills that I picked up from the other players I’ve been playing against.”

One goal of the trip is to give players an idea of what playing college basketball in America would be like, Mottin said. Ringwood has sent several players to the United States for college hoops before, and the hope is tours like this encourage more youth to aim high like Clarke did, and who knows what could come after college.

It seems the message got through to at least one of the travelers.

“Seeing the different levels and how far you can go with the sport, it’s eye opening to see you can make a living off it, if it comes to it,” Wellington said. “It’s definitely changed my view on it. It’s made me love the sport even more.” 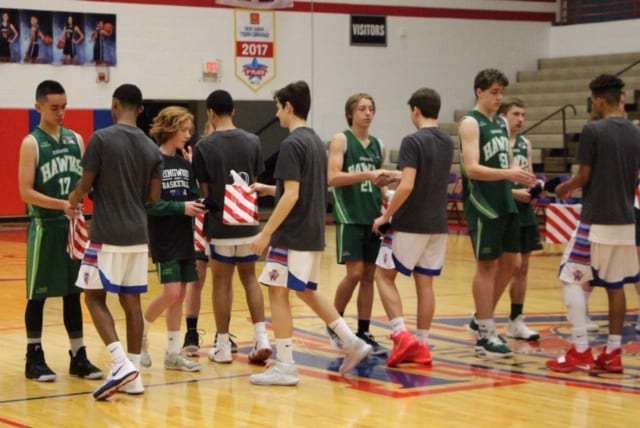 Photos provided by the Ringwood Hawks.

Author
Justin Meyer
I was born and raised in Columbus, Ohio, and have loved basketball for as long as I can remember. Unfortunately, I have always been too short and Jewish to play at a high level, so I instead settled for watching and reporting from the sideline. I graduated with a journalism degree from the University of Maryland in 2017, co-founding The Left Bench and spending time at The Columbus Dispatch, USA Today and San Antonio Express-News.