Last night, I watched the Seattle Storm put a hurting on the Minnesota Lynx, 90-66, in what was my first complete introduction to WNBA bubble basketball.

I was able to catch portions of games over the weekend, but this was the first one I could sit down and take in the whole experience. While it was the same WNBA game on the floor that I’m used to, there were a lot of oddities that caught my attention.

The separated benches are impossible to miss. The energy from the sideline does seem more subdued than normal, which I’d have to think is related to the bench set up. There was significantly less towel waving and dancing after threes. Players and assisting staff largely stayed seated and provided their teams with verbal encouragement and the occasional golf claps. Even weirder, sometimes players stood along the back of the bench area, swaying back and forth like they were schoolchildren waiting for the teacher to release them for recess. Between the players and staff were shelved, rolling tables with towels and water for each individual, plus cans of sanitizing wipes.

I’m not totally sure on what the separated benches and sanitation overkill accomplish safety wise. The teams come together during timeouts. They’re playing a basketball game with plenty of contact on the other side of the sideline. And the players are around each other regularly in the Wubble. I appreciate the gesture, though: it sets an example, showing that the WNBA cares about the coronavirus and is going above and beyond to project a positive, cautious image. While it seems practically pointless, I respect the hustle.

There is no way you could have watched this game and not known the pandemic is blasting this country. I rarely, if ever, watch cable television. I especially haven’t the last few months with sports being suspended. At times, it felt like I was watching a two-hour PSA about the coronavirus ravaging America, from the commercials to mentions during the game broadcast.

The broadcast was well done, though. The production value CBS Sports Network provided was pretty good, especially considering the weird circumstances. The scoreboard was a bit strange – the font was so big I thought I was watching the game on my grandmother’s phone – but otherwise, all seemed well.

I especially appreciated the smoothest sentence ever uttered, “Lexie Brown knocks it down,” that we were delivered in the second quarter.

For as impossible as the coronavirus was to miss from this broadcast, so too was racial injustice. From “BLACK LIVES MATTER” being prominently displayed on the court to Breonna Taylor’s name on the jerseys to “SAY HER NAME” on the back of the warm-ups, there is no way someone could have watched this showdown and not come away understanding the WNBA’s position on the issue.

It didn’t end there, though. CBS Sports Network ran a few 30-second spots during commercial breaks with some of its broadcasting and on-air talent giving short talks about their view of the racial injustice and unrest that it has sparked in this country and others. The clips came from “CBS Sports Connected: What It Means To Be Me,” a special program on the subject that aired July 18 as a continuation of the “8:46” campaign.

I felt some of it was powerful, like Ian Eagle explaining, “You’re not born a racist. You’re not. You’re taught,” while a photo of a KKK man smiling at his young child, donning full KKK garb and a hood, whom he held in his arms. “The only way to change it is by changing how young people view it.” Then later, Amanda Balionis said, “Really we have to make it unacceptable to be voicing that opinion. Otherwise, what are we doing here?” That is a mindset I find troubling as engagement and education are the only answer here, not public shaming and insults, which has been used to attempt to quell this issue for decades and quite clearly has not been successful. No one responds well to being dismissed and shunned, whether they’re right or wrong. Regardless, the effort from CBSSN is there, and no doubt it’s with the support of the WNBA. The clear authenticity from the people who submitted the clips was appreciated, and that alone is worthwhile.

There was also a game that happened. It didn’t end up being a great game, but it was a game nonetheless. The Storm never really looked in doubt, especially after halftime, keeping up the momentum from its beatdown of the New York Liberty to open the season. The Storm looked like a well-oiled machine and played excellent team basketball. That’s why they ended with 25 assists on 35 field goals. The caliber of basketball the Storm brought Tuesday night would be difficult for any team to match.

And Minnesota definitely wasn’t up for it. By the fourth quarter, the Lynx looked like they couldn’t care less, blatantly ignoring box outs and limping to the finish line. Head coach Cheryl Reeve was obviously unhappy on the sideline, pacing and scowling in disgust. If that’s how the Lynx look for even half of their games this season, Reeve might tear someone’s head off. My money is on Mikiah Herbert Harrigan.

I came away from the game with one absolute certainty: Sue Bird is bionic.

This was Bird’s 510th game of her WNBA career – adding to the record she already set for the most games in league history – and in no way does she look like someone pushing 40. Her vision is impeccable, she’s in ridiculous shape and her passing ability is something to behold. She is already one of the best basketball players of all time, and she’s just adding to that legacy more and more with how dominant she still is at age 39.

I mean, seriously, 39! Who does that? Sue Bird does that, because she is bionic and maybe 40 percent human. Maybe.

All in all, not the most entertaining contest, but all the pieces are there for this season to provide a fantastic viewing experience for more competitive games. If nothing else, at least the Storm showed what beautiful basketball looks like. 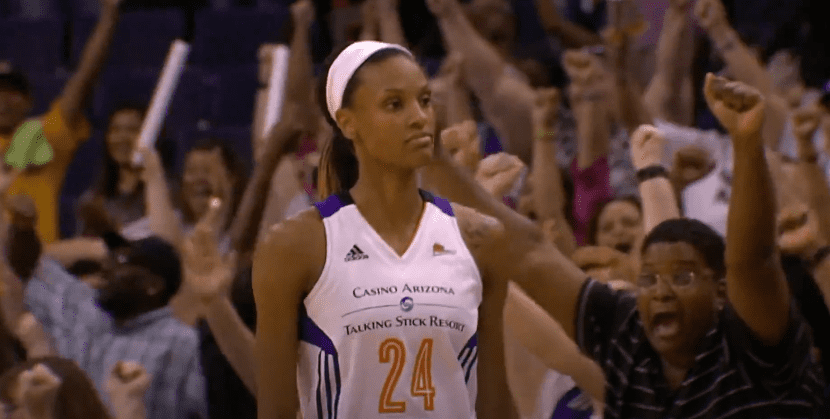 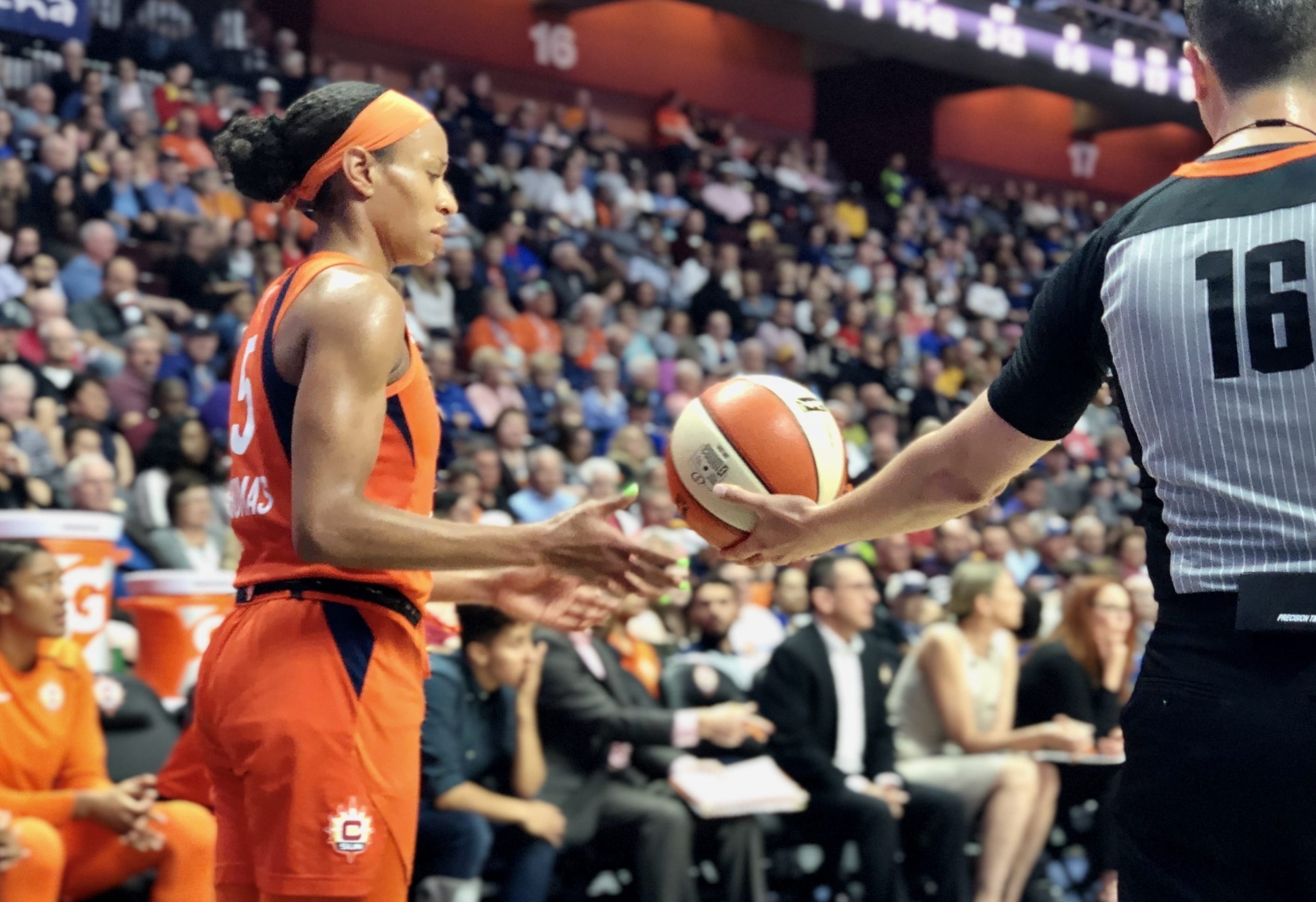 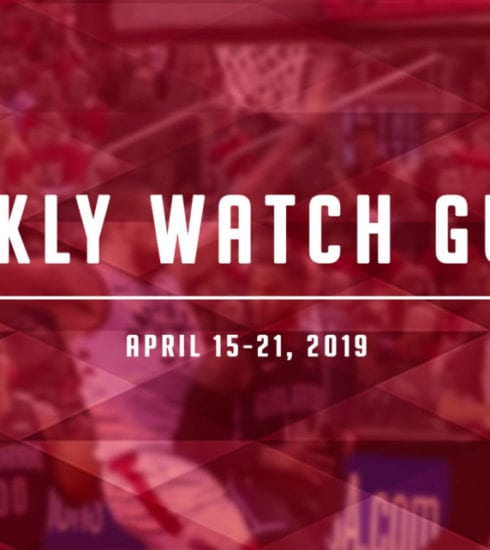 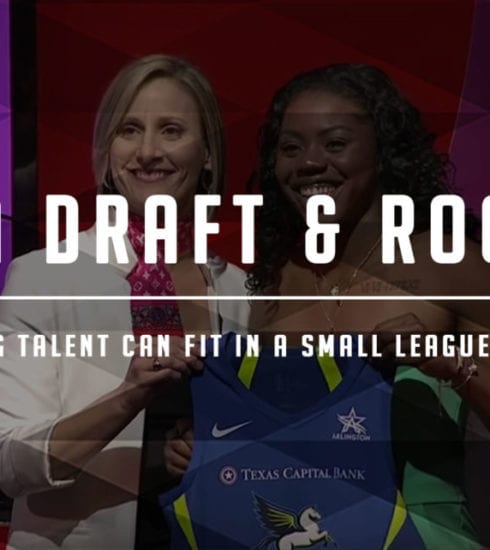 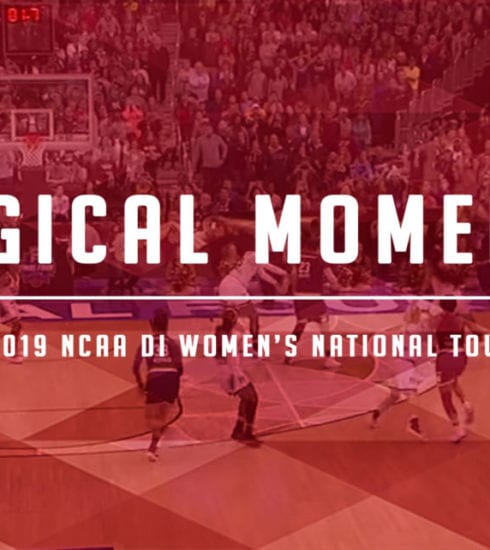