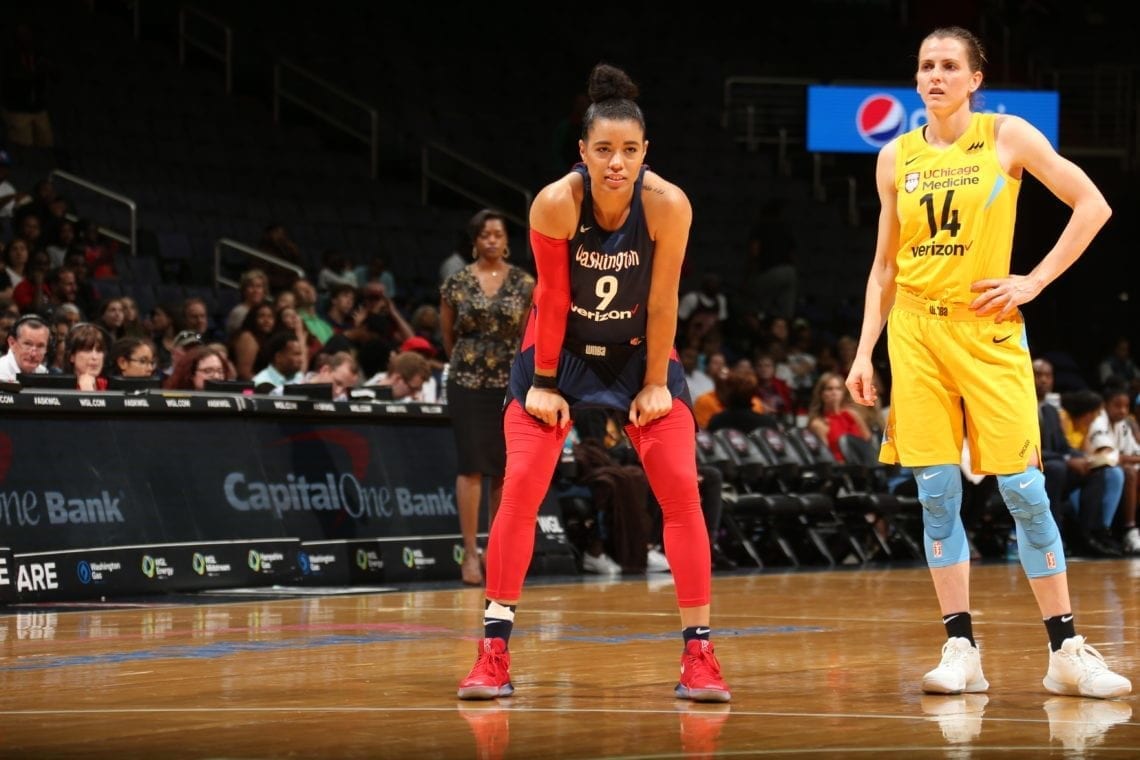 Update (7/1/20): Converse to pay Natasha Cloud’s salary as she takes the 2020 WNBA season off to continue work for social justice.

Cloud would have earned $117,000 for playing for the Washington Mystics in the upcoming campaign. Losing her salary was the only penalty she would experience for missing the season.

“Converse has immense respect for Natasha Cloud’s decision to forgo the WNBA season,” Converse said in a statement. “These systemic racial justice issues are bigger than basketball. To be able to put her career and passion on hold in order to devote her energy, voice and platform to change demonstrates her integrity and strength. We are proud to have her on the Converse team, are humbled to match her forfeited players salary and look forward to working together with Natasha on these issues as well as supporting her vision in this space.”

Cloud provided further explanation on why she is not playing in 2020.

“There are a lot of factors that led to this decision, but the biggest one is that I am more than an athlete,” the player said in a statement. “I have a responsibility to myself, to my community and to my future children to fight for something that is much bigger than myself and the game of basketball. I will instead continue the fight for social reform, because until Black lives matter, all lives can’t matter.”

It comes only a handful of days after she let the world know how she views American race relations and the George Floyd killing in an article for The Players’ Tribune on May 30 called “Your Silence is a Knee on My Neck.”

This is a momentous occasion for women in basketball, but it’s much bigger than that. This is a major corporation embracing social activism and intentionally taking a stand rather than keeping its hands off of a potentially controversial subject.

Converse has made it known that its joining of forces with Cloud is not a mistake. It mentioned her article in its Instagram post announcing the partnership, and it reaffirmed that again in a statement to the media.

“Cloud is known for extending her influence through leadership efforts that place emphasis on being a voice for the voiceless, specifically using her platform to speak out against the racial injustices that are killing Black people in America, while also advocating for equality for women and the LGBTQ+ community and working to guide youth in her communities …

“We look forward to amplifying her voice for the causes she believes in and will keep you updated on our community efforts following our recent commitment.”

It was big enough to capture Hillary Clinton’s attention.

This move could show a changing in the winds in corporate America, which for many, many years has chosen to largely not touch these sorts of issues, at least not in any meaningful way. The strong statements from Natasha Cloud, among a sea of athletes speaking out against racial injustice in the last couple of weeks, also illustrates a shifting landscape.

For example, a collection of Black NFL stars released a video recently calling for their league to disavow racism and admit it silenced its own players from speaking about these issues.

And it worked, at least enough in the short term to get Roger Goodell to admit on camera that the NFL was wrong to not listen to its players sooner, among other things.

Are these gestures possibly empty, corporate moves in an attempt to placate an obviously-active large portion of the population that has made it clear how they feel about these things? There’s a non-zero chance that is true. But these entities did not feel it necessary to make these public statements only weeks ago, and the systemic oppression of Black people in America has been going on for much longer than a fortnight. So, something has to have changed.

Feet need to continue to be held to the fire. The pressure has to mount further and further. A united-enough public can make a difference in how this country thinks, behaves and operates. These are positive signs of the changes that have already occurred in this country. Keep it up, and maybe hopefully we can see more.