On Monday, Virginia became the 36th school with a Division-I Men’s Basketball title, and head coach Tony Bennett entered the elite class of eight active coaches who have won a national championship. The story is undeniable, and the Cavaliers deserve an immense amount of credit for how they responded to last season’s first-round debacle.

Texas Tech didn’t make it enough on the Wahoos, though. That was the best championship game since 2016 and one of the best of the decade. Let’s breakdown how it went down:

Virginia guard De’Andre Hunter will haunt Texas Tech guard Jarrett Culver for a long time. Rarely did Texas Tech’s star get anything easy all night long, nearly all of his 22 shots (five of which he made) heavily contested. Hunter was with him step-for-step, and his size and length matched up well against Culver’s body. Not many players who are tasked with guarding Culver have the attributes required to slow him down, but Hunter does and demonstrated it beautifully.

It takes a team effort to defend a player of Culver’s caliber that well, though, so credit has to be spread around for the help and off-ball defense that made drives difficult even if Hunter, or anyone else, got beat on the perimeter.

Hunter got it done offensively, too. He was a major factor in Virginia’s Final Four win over Auburn on Saturday, but he was much better Monday, and Bennett knew it. Virginia exploited Texas Tech switching everything and got Hunter into mismatches as much as possible, and he took advantage. Of course, he also hit the three in the final minute of regulation to tie the game at 68. Granted, Texas Tech inexplicably helped off him and allowed Hunter one of the easiest shots of the game, but he still had to execute and had a fantastic shooting night overall. Hunter was 8-of-16 from the floor and 4-of-5 from three, plus he was 7-of-9 from the free-throw line, all good for 27 points. That doesn’t even mention his effort on the glass, hauling in four offensive rebounds and nine boards total. He was integral to Virginia’s win in every way.

You can’t say enough about this kid. All season long, and especially in this tournament, teams struggled to penetrate the middle of Texas Tech’s defense, having to settle for contested jumpers from the wings and bad-angle drives. But Virginia opened up Tech’s defense plenty of times because of Jerome’s ability to get into the middle, an incredible feat against this defense and one that created so much space for the Cavaliers to work in.

Jerome missed a few runners in the final minutes of the game that he typically makes and wasn’t the deadly sharpshooter from deep he has been in many other outings. But Virginia didn’t need that from him Monday. Virginia needed him to breakdown the Red Raider defense by beating his man off the dribble on the perimeter to get down the center of the lane, and he did that better than almost anyone this season. Virginia shot 11-of-24 (45.8 percent) from three against a team that has allowed opponents to shoot an average of 29.3 percent from deep. Without Jerome’s driving ability, Virginia does not as many good looks from three and most likely doesn’t sink 11. The only reliable way to beat the Tech defense is by doing just what Jerome did, so it cannot be overstated the importance his ball handling skills held for the Wahoos on Monday.

Per usual, he locked it down defensively, too. The perimeter defense, on and off the ball, from him and the other Virginia guards was immaculate for most of the night. Texas Tech guards Matt Mooney and Davide Moretti spent large stretches of the game struggling to get the ball, let alone any good looks at the basket. They’re normally the second and third-best scorers for the Red Raiders, and Virginia did a great job of taking them out of the equation for most of the game. Jerome was only one piece to that puzzle, but it was one of the many great deeds he did for Bennett on Monday.

Brandon Francis and Kyler Edwards picked up the slack

Virginia took Mooney and Moretti off their games for the majority of the game, and with Culver under a blanket, Texas Tech needed someone to put up points. Guards Brandone Francis and Kyler Edwards came off the bench and answered the call. Without them and the difficult shots they were knocking down, Tech would have found itself down a lot more than it was in the final few minutes, and forcing overtime might not have been a possibility.

Both had fantastic offensive nights, but Francis was on another level. This season, he averaged 6.5 points per game on 6.3 shots and 24 minutes per game. On Monday, he posted 17 points on 12 shots in 37 minutes. He got going in the first half and stayed hot, and head coach Chris Beard knew it. He kept going to Francis when his team needed a basket, and the reserve delivered. He deserves plenty of praise, as well as Edwards, for stepping into the scoring role in the national championship when the team needed it. Without the offensive efforts from Francis and Edwards, Virginia wins this game by double digits.

There has been too much talk of Culver having a bad game. He didn’t shoot well from three, going 0-of-6, made a poor decision to shoot a three with five seconds to play in a tied game and chose to help off Hunter on the game-tying triple, but he otherwise was one of Tech’s better players. His shot wasn’t going, in part because of the attention he was receiving, so he took a distributing role. He had five assists on the night and a 25.5 assist percentage, meaning he assisted on roughly one-fourth of Tech’s baskets while he was on the floor. He showed aggression at times and drew fouls, going 5-of-6 from the line and finding a different way to score when the traditional way wasn’t working. He crashed the glass hard, coming down with five offensive rebounds and nine overall boards, very important when no Red Raider other than center Norense Odiase was rebounding consistently enough. He made some spectacular defensive plays Tech needed to stay in the game, and he had some points at crucial moments, like his layup with 35 seconds remaining in regulation to take a 66-65 lead, or two free throws with 2:38 to go in the second half to knot the game at 61.

Did Culver’s shooting affect Texas Tech on Monday? Absolutely it did. Did he make poor decisions a few times that hurt his team? Yes, he did. Is there more to basketball than jump shots? Yes, a lot more. If you look at the entire scope of the game, Culver was vital for his team and does not deserve the amount of heat he will assuredly received. Again, criticisms can be made of an uncharacteristically poor shooting night and a few unfortunate choices, but if not for his contributions elsewhere, Virginia would have experienced a much less stressful evening.

Tariq Owens was not himself

Other than a vicious dunk off a slip in the first half, Texas Tech forward Tariq Owens did not look at all like his normal self. Owens is typically flying around the rim at all times, offensively and defensively. He is utilized as the dunker in designed alley-oops and goes up so strong that most defenders can’t do much about it. Defensively, you won’t find many more ruthless rim protectors in the country. Owens averaged 2.4 blocks per game this season and had three or more blocks in three of the tournament games in Tech’s run to the championship. Even when he wasn’t making blocks, he would alter shots and make players think otherwise about going up in the paint.

In the Final Four against Michigan State, Owens came down weird and suffered a lateral ankle sprain and a hyperextended right knee. It was released that if this was a normal game, he wouldn’t have played Monday, but with the special circumstances, he suited up anyway. Owens was seen in a walking boot in the arena before the game, and he played like it. The ankle and knee were clearly bothering Owens, who wasn’t remotely as mobile as usual. Virginia knew it and attacked him when he was on the floor, and without access to his athleticism, he wasn’t often able to keep up.

Jerome beating his primary defender and getting to the middle of the floor was crucial for Virginia, but it would have meant less if Owens had been fully operational. Without him looming around the rim with a vengeance, Jerome could get to the rim and score or kick much easier than otherwise. Odiase did what he could to fill those shoes, and he’s a decent rim protector himself. But he’s not elite like Owens, and his effectiveness is lowered when he has to become the main interior defender.

Owens is also an important source of energy for the Red Raiders. No one else plays with the level of emotion he does, and it’s infectious among the team. Now, it’s the national championship game, and surely the players were hyped up anyway. But when you need that spark for a run, your emotional leader is one of the main players you look to in college basketball. Whether it was the injuries, an off night or a combination of the two, Tech didn’t get that from Owens on Monday, and it hurt the Red Raiders a great deal.

Virginia guard Brandon Key drew one of the most impressive charges I have ever seen. With a little more than eight minutes left in the game Culver dribbled around a ball screen and seemed to have an open lane to the bucket. Key somehow slide from out of position to right in front of Culver at the last possible second. There was nothing Culver could do, and the correct call was made.

It was a crucial turnover right after a fadeaway jumper from Jerome at the end of the shot clock that extended Virginia’s lead back to eight, 55-47. Had Key reacted a fraction of a second later, it would have been an and-1, and Culver would have had a free throw to make it 55-50.

The charge was the best of many fantastic defensive plays Key made in his 29 minutes Monday, but he was just as important on the glass. Center Jack Salt and forward Jay Huff barely played and were not effective on the boards when they did, combining for one rebound. Virginia put a lot on forward Mamadi Diakite and the guards to rebound the ball, and they did. No one did it better than Key, though, who had game highs with 10 rebounds and a 22.8 rebounding percentage, meaning he grabbed roughly more than one-fifth of all rebounds available to him. Virginia outrebounded Texas Tech 39-32, and it’s awfully important to rebound when you intentionally shorten games and cut down the number of possessions available for both teams.

Key scored six points on 2-of-5 shooting. He averaged 5.7 points per game this season. It’s easy to overlook a player like that, but what he brought to the table was vital for Virginia on Monday. He fulfilled his role perfectly, and that’s how teams win championships. You need a strong stable of players who understand and fulfills their roles, taking care of the dirty work and completing duties that aren’t always the sexiest. That was a major strong point for Virginia and Texas Tech all season, and it showed in this game, too. 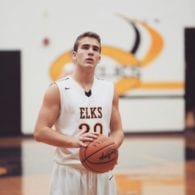 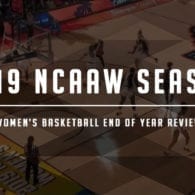 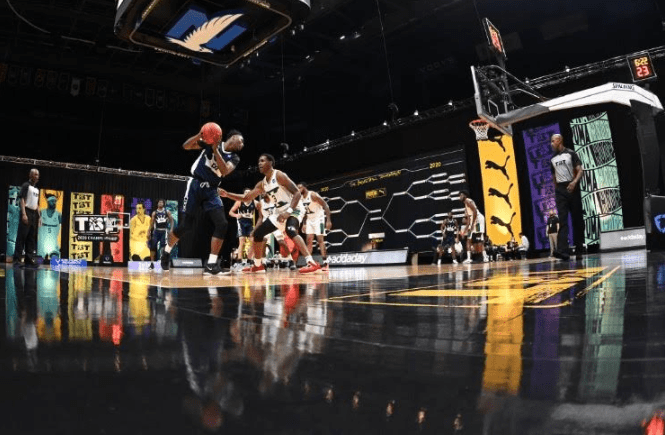 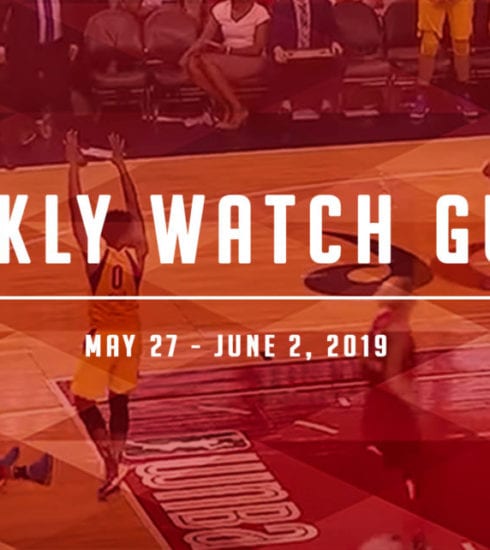