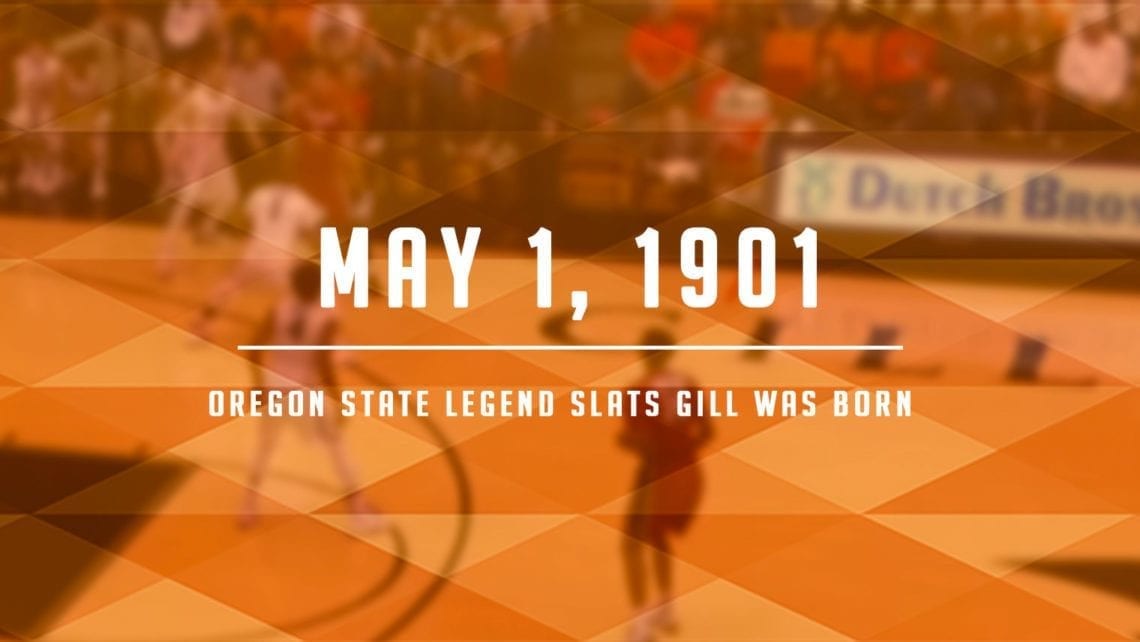 On this day 118 years ago, Amory Tingle “Slats” Gill was born.

He also played at Oregon State from 1921-24 when the school was known as Oregon State Agricultural College, earning All-American honors in 1924. Following his time as head coach, Gill acted as Oregon State Athletic Director from 1964-66 until he passed away in 1966 following a stroke. He also coached Oregon State’s baseball program from 1932-37, finishing with a 56-70 record.

Gill was inducted into the Naismith Hall of Fame in 1968 after finishing sixth on the all-time wins list at the time of his retirement four years before. Oregon State’s basketball arena, Gill Coliseum, is dedicated to him and was renamed from the Oregon State Coliseum to honor the program’s great coach.

“He was already a local basketball legend when Oregon State built its 10,500-seat field house in 1949 and decided to name it Gill Coliseum,” wrote Ray Cave in an article on Gill for Sports Illustrated in 1962. “‘You can’t name a building for a living man,’ said the state’s board of higher education. ‘What do you want us to do?’ demanded a Portland newspaperman. ‘Shoot Slats?’ And to this day no paper has ever called the building anything but Gill Coliseum.”

He was so well respected at Oregon State that in the Oregon State men’s basketball media guide for 1966, pages 28 and 29 are dedicated to top threes in program history for individual skills, such as “best hook shooter,” best “dribbler from set start” and best at “breaking up opponents plays,” among 33 total categories.

In 1960, he suffered a serious heart attack after a game at Washington, and it altered his usual sideline demeanor. Before, Gill was known to be demonstrative on the bench, finishing one season with a West Coast record $1,400 in fines, roughly equal to $13,000 in today’s money. After, he would stand and stare with purpose at refs who made calls he disliked but not open his mouth or cause a ruckus. He quit coffee and cigarettes for tea, mints and poetry. But he still loved his work.

“By gum, there are still some thrills in this life for a 60-year-old man,” Gill told Cave. “To be firm with kids and make them like it. To show them why they must want to be the best. To convince them the most softening things in athletics are alibis and moral victories. And then to watch them develop.”

Gill ran a hard-nosed defense, but he didn’t have one offensive system. The coach preferred to switch it up every year depending upon his personnel.

“There is no Gill offense,” he explained to Cave. “I experiment until I find the offense that best suits the natural abilities of my boys. That’s the one we use that year.”

The coach enjoyed his nickname, and if you’re curious what his personality was like, perhaps his explanation of why he liked it will illustrate it.

“I like the name,” he said to Cave. “If your first name was Amory and your middle name was Tingle, you would like to be called Slats, too.”