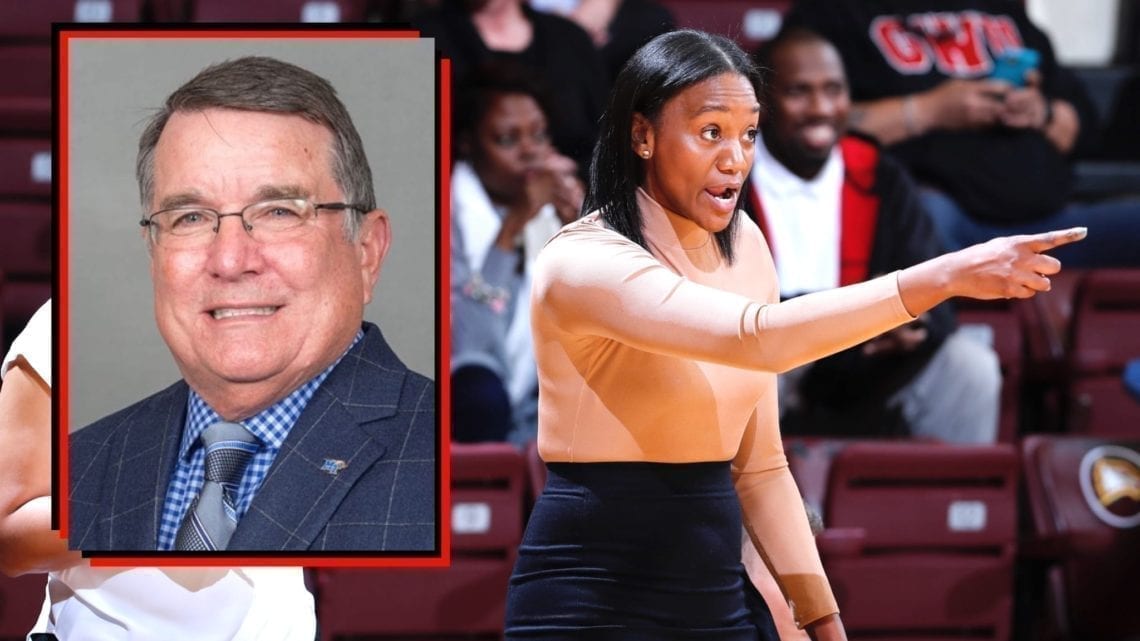 Insell was Simmons’ coach in high school at Shelbyville Central High School in Shelbyville, Tennessee, and she was one of many players he oversaw through the years. Inducted into the TSSAA Hall of Fame in 2003 and the National High School Hall of Fame in 2007, Insell served as a teacher and coach at Shelbyville Central from 1977 to 2005, amassing a 754-135 record, 23 district championships, 16 regional titles, five TSSAA AAA State Runners-Up runs and 10 TSSAA AAA State Championships. His Shelbyville Central teams hold multiple state records, including the most consecutive wins (110) and most consecutive state titles (four).

“He’s a Hall of Fame coach,” Simmons said. “How many people can say their coach is in the Hall of Fame?”

When Insell had Simmons at his disposal, the success didn’t slow.

Simmons and Insell won three TSSAA State Championships together (2001, 2003, 2004), and Simmons earned 2004 Tennessee Miss Basketball honors under his tutelage. His influence was much deeper than developing Simmons into one of the premier prospects of her class, though – his family taught her the game.

The now-head coach of Gardner-Webb women’s basketball said she didn’t start playing basketball until she was 10. She was a softball player initially, and said many considered her better with a stick and ball. It wasn’t until middle school that she switched and dedicated herself to the hardwood.

Rick Insell’s oldest son, Tom, who ran a local AAU team now known as Tennessee Flight, noticed Simmons at a small event when she was young. He saw something in her and helped begin her development.

“I wasn’t very good when I first started playing, but (Tom Insell) saw me playing and put me under his wing,” Simmons said. “I was able to learn the game, learn the skills, learn skills more than anything. He’s not necessarily the reason why I started playing basketball, but he took me under his wing of development, helped get me in the gym and make me able to play on the highest circuit when it comes to summer basketball.”

Tom Insell continued to coach Simmons through her AAU days, and she entered his father’s program once she began high school. The new knowledge kept coming as she transitioned to study hoops under the elder Insell, and they helped tremendously when she took her next step playing for Summitt in Knoxville.

“I had some great players around me, so I think first I learned to understand what my role was,” Simmons said of when she was a high school underclassman. “I didn’t necessarily have to be the leading scorer, the leading rebounder, the main player. I just wanted to have a role on the team. Those first two years with Coach Insell prepared me for my role in college, because I understood I wasn’t going to be the main scorer, I wasn’t going to be the go-to player, but I did have a critical role in the team.”

Simmons balled out at Tennessee and experienced her share of wins and championships there, too. After her college playing career came to a close in 2008, Summitt aimed the start of her coaching career, setting up a grad assistant position at Kansas for her former player. Not long after in 2010, though, Simmons was back with the Insells.

In 2005, Rick Insell left his long-time position at Shelbyville Central to enter the college game, accepting the women’s basketball head coaching position at Middle Tennessee. While Simmons was playing in Knoxville, her high school coach was building the Blue Raiders into an NCAA Tournament staple.