As we continue our celebration of the start of the next decade of college basketball, we look back at the 2010s and the era it was. We saw massive changes in play style, dress and roster building from 2010 to 2019 as the three-point shot became more relevant, shorts got shorter and transfers are all the rage.

You can find our all-decade first team here and second team here.

But one thing remains constant: if you can hoop, America will notice. This is the first of three Nothing But Nylon All-2010s Teams:

When he started in Lawrence in 2013, Mason was behind Andrew Wiggins and in the pecking order, and he and Joel Embiid were the Jayhawks superstars. By the time he finished his career, though, the guard was one of the most decorated players in Kansas history.

At the conclusion of his senior campaign in 2017, Mason had amassed a Wooden Award, a Naismith Award, Big 12 Player of the Year honors, three All-Big 12 selections, a spot on the Big 12 All-Defense team and a Consensus First Team All-America nod in 2016-17. He scored 20.9 points per night as a senior, along with 5.2 assists per contest, as he lead a backcourt that helped Kansas dominate the Big 12 for yet another consecutive season. He was instrumental in the back-to-back Elite Eight appearances the Jayhawks saw in 2016 and 2017, and the intelligence he played with made him incredibly difficult for any opponent to handle.

Burke really rose to prominence during Michigan’s run to the national championship in the 2013 NCAA Tournament. The guard made big shot after big shot to carry the Wolverines through the tournament: shots that Ann Arbor will never forget. The most famous came in the Sweet 16 against No. 1 seed Kansas. Burke scored all 23 of his points after halftime of the overtime thriller, sinking a deep triple in the final moments of regulation to force the extra period after the Wolverines rallied from a 14-point deficit with less than 7 minutes to play.

He was plenty great outside of that run, though, putting up scoring averages of 14.8 and 18.6 in his two collegiate campaigns, plus 6.7 assists per game as a sophomore. He won the Wooden Award and Naismith Award, was named the 2012-13 Big Ten Player of the Year, was the conference’s Rookie of the Year for the 2011-12 season and was a Consensus First Team All-American for 2012-13. When Michigan was in a must-score situation, there was only one place the ball was going, and Burke made it a habit of capitalizing in the clutch.

Not quite as flashy as some of the other players on this list, Brogdon made sense as a Tony Bennett player. He was a fantastic defender in college, with a combined 9.0 defensive win shares (DWS) for his collegiate career, his best defensive season coming as a sophomore in 2013-14 with 3.0 DWS. He knew precisely when to rotate, and the pack-line system Bennett runs utilized Brogdon’s defensive abilities perfectly. The Cavaliers have become known for their defense, and they wouldn’t be able to shut down opponents without incredible players like Brogdon who have the will, want-to and IQ to defend at an elite level. He took it to the next level, though, earning 2015-16 ACC Defensive Player of the Year distinction and making the conference’s All-Defense team twice in his career, two of his several honors in college.

Brogdon was much more than a defensive juggernaut, though. He scored 18.2 points per showing as a senior and posted double-digit averages as a sophomore and junior. The guard hauled in a good number of rebounds and always dishes a few dimes. His presence on the court, though, and other intangibles were also highly valuable to his teams. He was an early member of the revitalized Virginia that won its first-ever national championship in 2019. Without players like Brogdon laying the foundation earlier in the decade, there wouldn’t be a title in Charlottesville.

Green has made himself a household name with his wildly successful NBA career, but before he was a pro, he was balling out at the amateur level. The former Spartan put up a double-double as a senior in 2011-12, scoring 16.2 points and pulling down 10.6 rebounds each outing, moderate bumps from his numbers as a junior. Before he developed a strong offensive game, though, Green was still terrorizing opposing offenses, averaging more than 1.0 blocks and 1.5 steals per game combined from his sophomore, junior and senior seasons.

Twice, Green was named to the NCAA All-Region team and won the 2011-12 Big Ten Player of the Year award after serving as the conference’s best sixth man in 2009-10, among other acknowledgements of his play. He posted an astounding 3.6 DWS as a senior, a sign of what was to come in the NBA. He was one of the best leaders Tom Izzo has ever had, which is really saying something considering the amount of amazing senior leadership Izzo-coached teams have had. Green is up there with the best of them, and the four NCAA Tournament appearances, three second-weekend trips, two Final Fours, three Big Ten regular season titles and one Big Ten Tournament championship he helped oversee in East Lansing are proof.

Sullinger was one of the top-rated players in the Class of 2010 and lived up to every bit of the hype in his two seasons as a Buckeye. In his freshman campaign, the forward averaged 17.2 points and 10.2 rebounds, placing him among one of the most dominant players in the nation. As promised when he committed, he returned for a second year and didn’t miss a beat. Sullinger scored 17.5 points and hauled in 9.2 boards each outing, plus 1.1 blocks, as a sophomore.

He left for the NBA after that, but Sullinger concluded his college career with two consensus All-American nods, the 2011 Big Ten Tournament MVP, 2010-11 Big Ten Rookie of the Year honors, NCAA All-Region distinction and more. The big man was essential to Ohio State’s success from 2010-12, acting as the focal point on teams that won two Big Ten regular season championships, one Big Ten Tournament title, earned a No. 1 overall seed in the NCAA Tournament off of a 32-2 record prior to the Big Dance, notched a Sweet 16 in 2011 and a Final Four in 2012. Sullinger was a key figure in Ohio State’s incredible run in the early portion of the decade, and that role is a major part in his inclusion on this list. 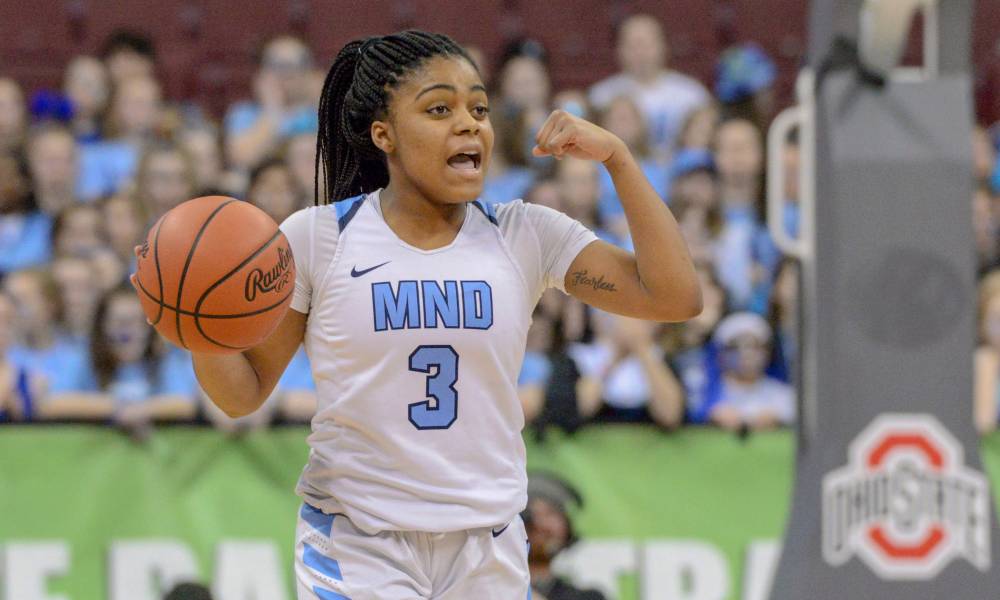 NCAA: James Wiseman must sit out next 11 games. Memphis says it will appeal the ruling 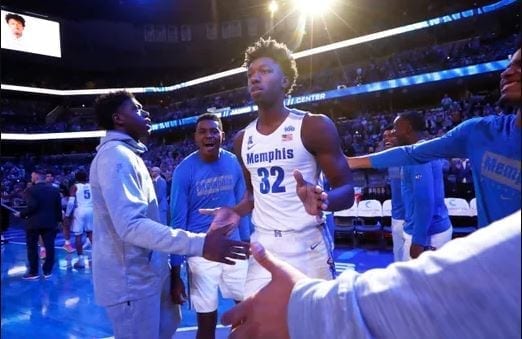 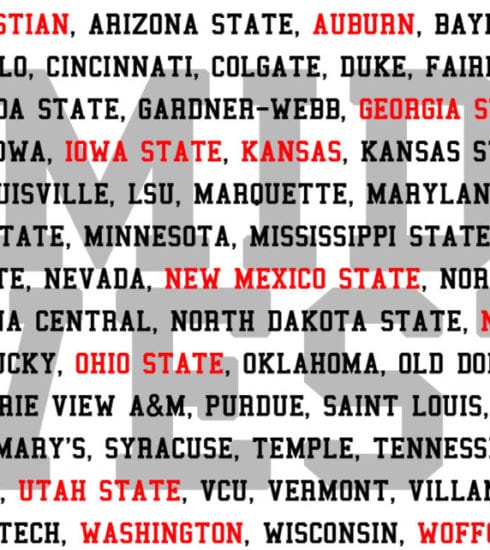 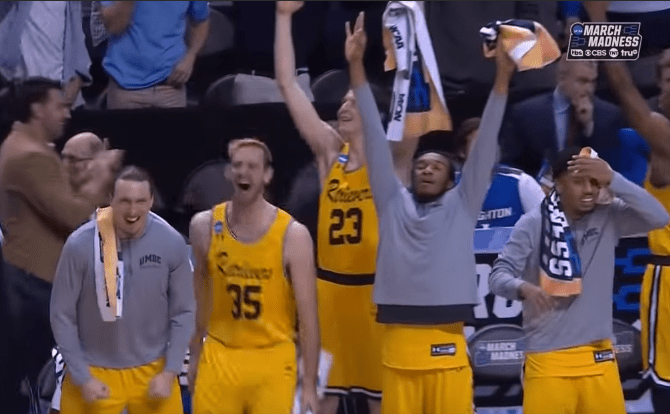 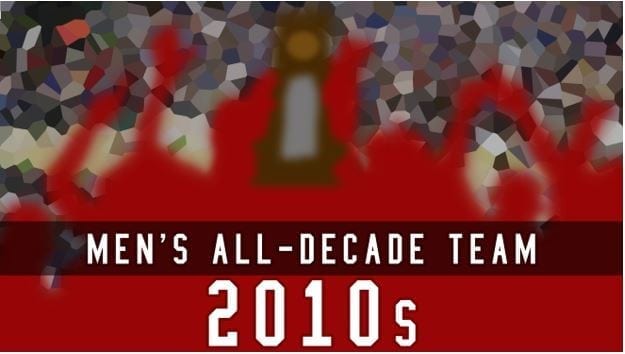