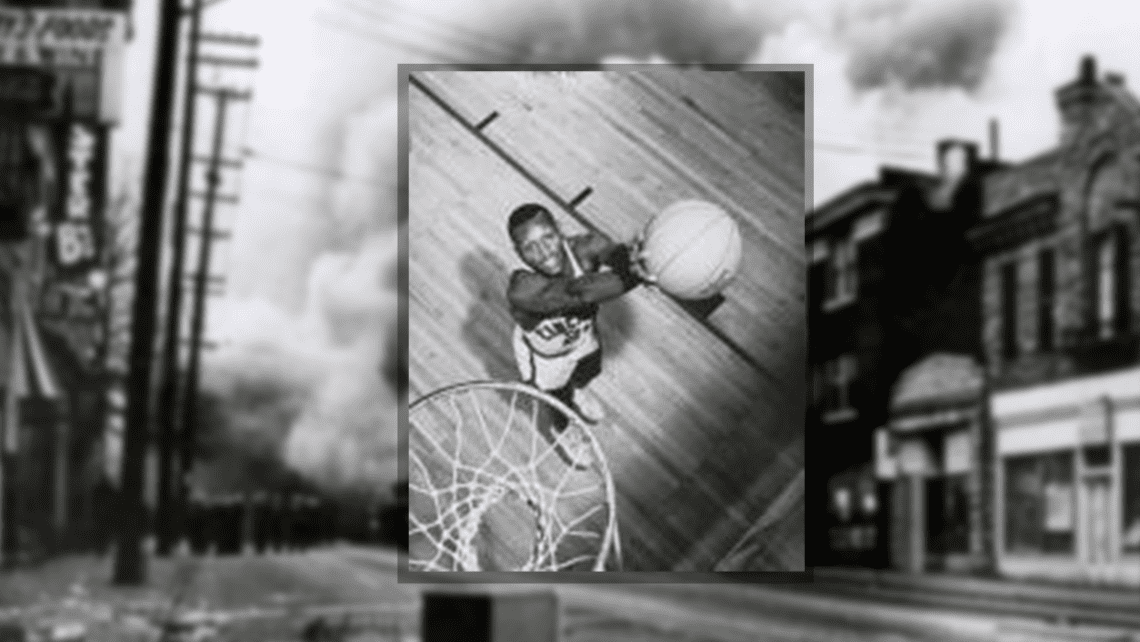 Dr. John Howard has published a multitude of books, won awards for his work in school administration and earned his doctorate.

But before any of that was possible, he had to go to college, and he nearly didn’t last long enough to make it.

College wasn’t something the Columbus, Ohio, basketball star thought about much until late into his high school career, he said. His grades were always good, but higher education wasn’t a common path for men in his neighborhood. It took the constant college push from his high school, University School, to point him in that direction.

University School was Ohio State’s experimental K-12 program that lasted from 1930-1968, utilizing the university’s faculty to teach students. Class sized were capped at 25, and students were given freedom in what they learned, and semester reviews sent to parents replaced the traditional grading system, according to The Ohio State University Libraries.

“All we talked about was college,” Howard said. “I never heard them talk about anything else but college.”

Academics were a crucial part of Howard’s life, even as he gained attention for his athleticism. He was a star on the court, garnering about 70 scholarship offers for hoops, and welcomed some looks for his baseball ability as a pitcher, too. In high school, he threw a no-hitter in front of an MLB scout, who approached him afterward and asked how interested Howard would be in ditching basketball for baseball. A combination of circumstances formulated his answer.

“In those days, you had to commit to one sport,” Howard said. “It didn’t make sense in my mother’s mind and in my mind to forsake an education for minor league sports when there were only two black pitchers in the major leagues. I was up against a lot of barriers.”

Howard elected to continue his education and hoops career at the University of Cincinnati, but it didn’t happen traditionally.

The player originally committed to Ohio University, and the Bobcats hooked him up with a construction job the summer before what would have been his freshman year there.

While working a job and carrying the front end of a 200-pound piece of equipment with a co-worker, Howard fell down an improperly secured elevator shaft. His cohort, fortunately a boxer with some serious stamina, held the equipment to keep it from falling on and crushing Howard, then hung down from a ledge and dropped down to rescue the 18-year-old before he rolled over and plummeted 12 stories into the cement mixer.

At least, this is what Howard was told happened. He was knocked unconscious on impact.

Howard was announced dead on arrival at Grant Hospital. He was resuscitated at either the emergency room or hospital, but he isn’t sure which.

Howard spent extended time in the hospital to recover, and it took the coaches and administrators at Ohio a couple weeks before they reached out although he was certain they knew about the accident. That destroyed all trust built between the Howards and the Bobcats.

“It was natural from there that I not go to OU,” he said. “My mother, she didn’t trust the coaching staff at OU. That’s all I can say. She literally told me I wasn’t going and that’s the way it was.”

Instead, Howard signed to become a Bearcat after Ed Jucker recruited him. Cincinnati was one of the premier programs in the country, having just won two national championships in 1961 and 1962 and losing in the national championship game in 1963. When Howard fell down, he accidentally fell up.

But the legendary coach suffered a heart attack in 1965 and left Cincinnati after Howard’s freshman year, and the program underwent an overhaul right as Howard became eligible for varsity ball. Tay Baker took over as the new head coach, and things between him and Howard weren’t as smooth.

Howard said he doesn’t think he would have gone to Cincinnati had Baker been the coach at the time he committed.

“Baker’s personality and my personality clashed. I was not Baker’s recruit,” Howard explained. “I have an independent personality, and I stood up for what I believed were some wrongs that were out in society, and Baker and his crew didn’t like it. I think Jucker may have been a little more receptive to a person being more than just a basketball player.”

Regardless, Howard pushed through and excelled in a Bearcats uniform. He scored in double figures in each of his three varsity seasons and hauled in more than eight rebounds per contest as a sophomore. He quickly became one of the program’s premier players, and in 2004, Howard was inducted into the University of Cincinnati Basketball Hall of Fame.

He did it despite playing a method of basketball he didn’t gel with. Baker’s style was slow and plodding, or as Howard put it, “a very boring system.” It was the opposite of Howard’s preferred up-and-down, high-octane scoring show he wanted to display.

“Cincinnati, at the time, had a slow-down offense, a very patient offense, and you just couldn’t go down the court like they do now and shoot the ball,” he said. “You had to pass the ball around the ring three or four times, even though people may have been open in between that. The ball to go around at least a couple of times before anything happened. I was the most valuable player my senior year, thousand-point scorer, all of that, which would have equated to a lot more points had we done a lot more running and shooting, but that wasn’t the nature of the game.”

Howard got his high action elsewhere.

The 1960s were a turbulent time in America, and Cincinnati was no exception. In 1967 and 1968, riots broke out in the city’s neighborhood of Avondale after years of police abuse and worsening living conditions. This was in the midst of Howard’s college days, and he and his good friend, Clem Turner, a standout running back for the Bearcats, would quietly leave campus to witness the unfolding chaos.

“This is the first time I’m actually mentioning it,” Howard said. “Very close friends knew about it, but that’s the first time I ever mentioned it publicly that we watched from the fringe of the riots in Cincinnati during that summer.”

Howard and Turner didn’t participate in any riots, but they stood on the sidelines and watched as police and military attempted to quell the unruly masses, with looting and flames ablaze, bringing portions of the city to its knees.

The hooper had several articles published in the school’s student newspaper about the Civil Rights Movement, black power and the anti-Vietnam War movement. He was part of a group of athletes who organized the Black Student Union at the university, which, among many things, fought for more black professors on campus.

These actions helped Howard gain the reputation of a militant, and he said he believes it ultimately affected his draft stock when his college career ended and he moved to join the professional basketball ranks.

Even with all the accolades, an obvious wealth of basketball talent and leading all scorers at the Cincinnati Royals’s camp, Howard was selected No. 201 overall in the 17th round by the Royals despite being told he would be picked early.

“I know all of that didn’t sit well with the athletic department, because they told me,” Howard said. “The punishment basically was, Howard may be this, but draft him late, which is okay, I understand that. That’s just the nature of what it was.”

Howard knew better than to put all his eggs in the basketball basket. It allowed him greater flexibility, even when people with power were trying to tamper with his future.

“My life was not just centered on basketball, you have to understand that,” he said. “I didn’t wake up every night saying, ‘I’m going to the NBA, I want to play basketball.’ I had a degree, and I always had good grades, so I had options.”

All things considered, he would do it all again, no questions asked.

“It was a hell of a time during this period. I took a stand, and that stand was for my people and my culture,” he explained. “If you ask if I would do it over again, yes, the answer is I would not change one thing. I would do it again and again, just the way I did.”

Our series on Dr. John Howard will continue next week as we touch on his career as a Harlem Globetrotter, his experience traveling across the pond as a professional basketball player and more of his life after college ball.