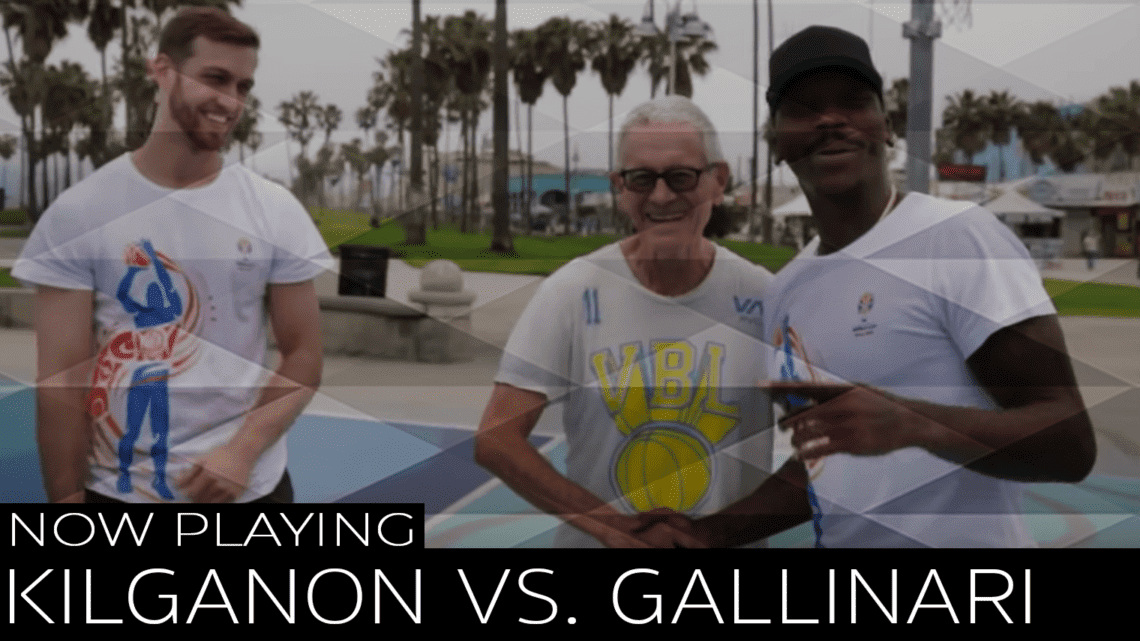 by Justin Meyer
in International, News

It’s World Cup season, and Gallinari is representing his country of Italy on the international stage. To pay homage, the game was played with the event’s letters, with the first two to spell F-I-B-A-W-C with missed shots registering as the losers.

The rules: the shot setter rotates in an order, and moves and anything else called before the shot must be included in succeeding shots if the original is made. As you can imagine, it’s rare for anyone in the group to attempt only a standard jump shot.

The video opens with Kilganon warming up by himself, and he isn’t missing anything. Even taking into account editing, he’s sinking seemingly everything.

“This is the best I’ve ever shot,” he whispers to the cameraman. “I can’t make anything when we start playing.”

Gallinari starts the game off with a banked three pointer from the wing, and immediately Kilganon’s stroke disappears. From there, it’s a battle between the three that ends up going down to the wire.

Frank appears to be an older man who happened to be at the courts when the duo showed up. Donning glasses, a tattered grey T and short shorts, Frank declares himself as “Mr. No Miss” before the game, a nickname he asserts was given, not self-induced.

If you want a goofy 12-minute video with some impressive shot making and fun antics, hit the play button and enjoy.