Dallas Mavericks Finally Win It All

On this day eight years ago, the Dallas Mavericks got it done.

For the first time in franchise history, the Mavs were kings of the NBA following a 105-95 victory in Miami over the Heat in Game 6 of the Finals for a 4-2 series win.

The 2011 NBA Finals were a rematch of the 2006 NBA Finals, which Miami claimed in six games after a one-point, overtime victory in Game 5 and a narrow 95-92 win in Game 6 as the title clincher.

“There is always a team of destiny,” ABC said prior to tip. “It may be the respected veterans, hoping to validate a career’s worth of work. Or the cast built for glory, unwilling to be cast aside. In these championship moments, the goal is simple: for one, survival, for another, the ultimate prize. Destiny awaits. Game 6 begins now.”

Dirk Nowitzki scored 21, but it was an uncharacteristically tough night for him from the field. The perennial All Star shot 9-of-27 and was 1-of-7 from three, good for a 35.2 effective field goal percentage.

He did chip in 11 rebounds, but more efficient scoring from Jason Terry and Jason Kidd was vital. Terry put up a game-high 27 points, going 11-of-16 from the field, and Kidd was 2-of-3 from deep, with eight assists to boot.

Miami had five players who scored in double figures, with LeBron James (21), Chris Bosh (19), Mario Chalmers (18) and Dwayne Wade (17) leading the way. But the Mavs held the Heat to 30.4 percent from three (7-of-23), a stark contrast to Dallas’s 42.3 percent clip, and Miami couldn’t generate enough to force a seventh game.

In the waning moments of the third quarter, Terry pulled up from the top of the key, drawing two defenders to him. While in midair, he dishes it to Ian Mahinmi on the left elbow. He turned and sank a jumper as the buzzer sounded, extending the Dallas lead to nine, 81-72, with his second field goal of the series.

“Well, we gotta do it harder, and we gotta do it better,” Spoelstra said. “But more importantly than that, we have to have mental stability right now and stay with. This is going to be a long 12 minutes that we just have to continue to stay the course.”

There had been a lot of discussion about James’s woes in the fourth quarter during the series, having averaged 2.2 points in the final 12 minutes of the first five matchups. In all, Nowitzki had outscored James 52-11 in fourth quarters.

He scored seven in the final period of Game 6, shooting 3-of-5 from the field with a triple, but it wasn’t enough as Miami never came closer than four points away. What was a tight, competitive game throughout ultimate went the way of Dallas, and with it the 2011 NBA title.

“And the celebration will begin: the Dallas Mavericks are NBA champions, the first title in franchise history,” said play-by-play announcer Mike Breen after the final horn. “The emotions of Dirk Nowitzki, what he’s always dreamed of, hoping to have another chance after the bitter loss in 2006. An unlikely playoff run capped off by Dallas upsetting LeBron James, Dwayne Wade and the favored Miami Heat.”

Dallas became the 16th franchise to win an NBA championship and are one of 17 to currently claim a crown.

2006 NBA Playoffs: The Chicago Bulls were kings of the regular season, their 62-20 record the best in the NBA. The San Antonio Spurs finished only game behind them, good for the No. 1 seed in the West. In the East, No. 2 seed Miami and No. 3 seed Boston Celtics were the other contenders for the conference, with No. 2 seed LA Lakers, No. 3 seed Dallas and No. 4 seed Oklahoma City Thunder as the major challengers in the West.

One of the biggest upsets in NBA history happened in the first round when No. 8 seed Memphis upended the Spurs, 4-2, one of five times it has ever happened. With San Antonio eliminated, the West opened up even further, providing Dallas with an excellent opportunity to make The Finals. No. 4 seed Orlando Magic was the only other higher seeded team to go down in the opening round, losing 4-2 to No. 5 seed Atlanta Hawks.

In the second round, Miami moved by Boston, 4-1, its first time back in the Conference Finals since 2006. Chicago joined, defeating Atlanta, 4-2, the furthest the Bulls had been since winning their last championship in 1998. Dallas pulled a huge surprise with a sweep of the Lakers, 4-0, the two-time defending champions and Western Conference representative three years running, and Oklahoma City ended the Griz’s run with a seven-game roller coaster of a series, the longest run the franchise had been on at that point since moving from Seattle and best since 1996.

Both Conference Finals were over in five games. Miami took care of Chicago, led by James and his 25.8 points per game, seemingly on the path to fulfill the prophecy of championships that was forged in the offseason when the Heat brought in James and Bosh to accompany Wade as their “Big 3.” Dallas dispatched Oklahoma City, 4-1, although each individual game was tight, all decided by single digits. Nowitzki posted 32.2 points per outing in the series, and the distribution of Kidd was important, his 8.6 dimes per night leading the series by a wide margin.

2006 NBA Finals: After Miami finished off Chicago in Game 5, Steve Kerr, an analyst for TNT at the time, previewed the series.

“It’s going to be fascinating (to see how Miami defends Nowitzki) because they’re going to throw multiple bodies at him,” Kerr explained. “I’m sure LeBron will get his chance, and that’s going to be unbelievable to watch. And then at the other end of the floor for Dallas, they’re a much improved defensive team, and how do they match up with Miami’s speed on the wings? That’s going to be the story for me to see if Dallas can keep Miami in front of them, contain the penetration and force jump shots.”

In Game 1, poor shooting from Miami opened the door for Dallas, who held an eight-point lead in the third quarter. But Miami erased that deficit by the start of the fourth, and behind a great shooting night for James, the Heat took an early lead in the series, 92-84.

Dallas responded in Game 2, but it didn’t look like it at first. With 7:14 to play in the game, a Wade triple extended Miami’s lead to 15, 88-73, eliciting a Dallas timeout. The Mavs went on a 17-2 run over the next six minutes to tie the game at 90 with 57.6 seconds remaining, silencing a once exuberant Miami crowd. Nowitzki drained a three 30 seconds later to give Dallas a 93-90 lead, but Mario Chalmers hit a triple of his own to tie the game again only seconds later. But with 3.6 seconds on the clock, Nowitzki got to the rim and rolled it in. Out of timeouts, Miami could only get a running jumper for Wade well behind the three-point line that agonizingly hit iron and out, drawing the series at 1-1 following the 95-93 victory.

In Game 3, it was a similar story. Miami led for most of the game, but Dallas made a push to come back from 14 down. But this time, the Heat closed it out, with Nowitzki missing a jumper at the buzzer that would have forced overtime. Miami won, 88-86, to claim a 2-1 advantage.

Game 4 provided another nerve-racking experience for those personally invested, with 12 lead changes and 15 ties in the game. Nowitzki played with a sinus infection, but he still helped propel a 21-9 run to give his team the eventual win and a tied series, 2-2, after an 86-83 triumph.

“Just battle it out,” Nowitzki said after the game while noticing suffering from sickness. “This is the finals. You have to go out there and compete and try your best for your team. So that’s what I did.”

Both teams broke 100 for the first time in the series in Game 5. Dallas shot 13-of-19 from deep, mostly from Terry, Kidd and J.J. Barea, and as a whole, the Mavericks shot 56.5 percent from the field. Nowitzki had 29, including a dunk with a little under three minutes remaining that would give Dallas the game’s definitive lead. The Mavs would win, 112-103, their third-straight in the series and a setup for the close-out game that would come in Miami a few days later.

“We are getting the same looks we knew we would get,” Terry said following the game. “After Games 1 and 2, you watch it on film, you see it and then you realize you’re going to have the opportunities. I said to myself, I said to my teammates, we’re not going to continue to miss those open shots that we’re getting.” 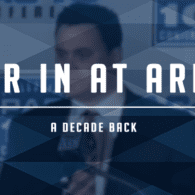 Arizona Found Sean Miller When They Needed Him Most

Boozer Gets Big Money from Bulls 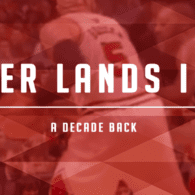 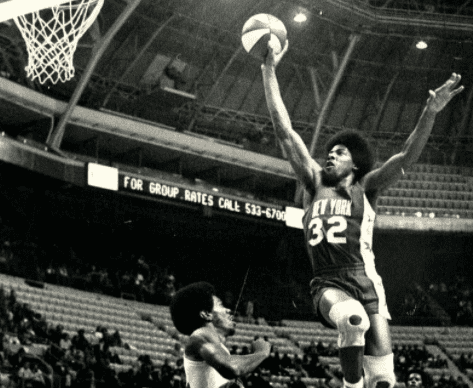 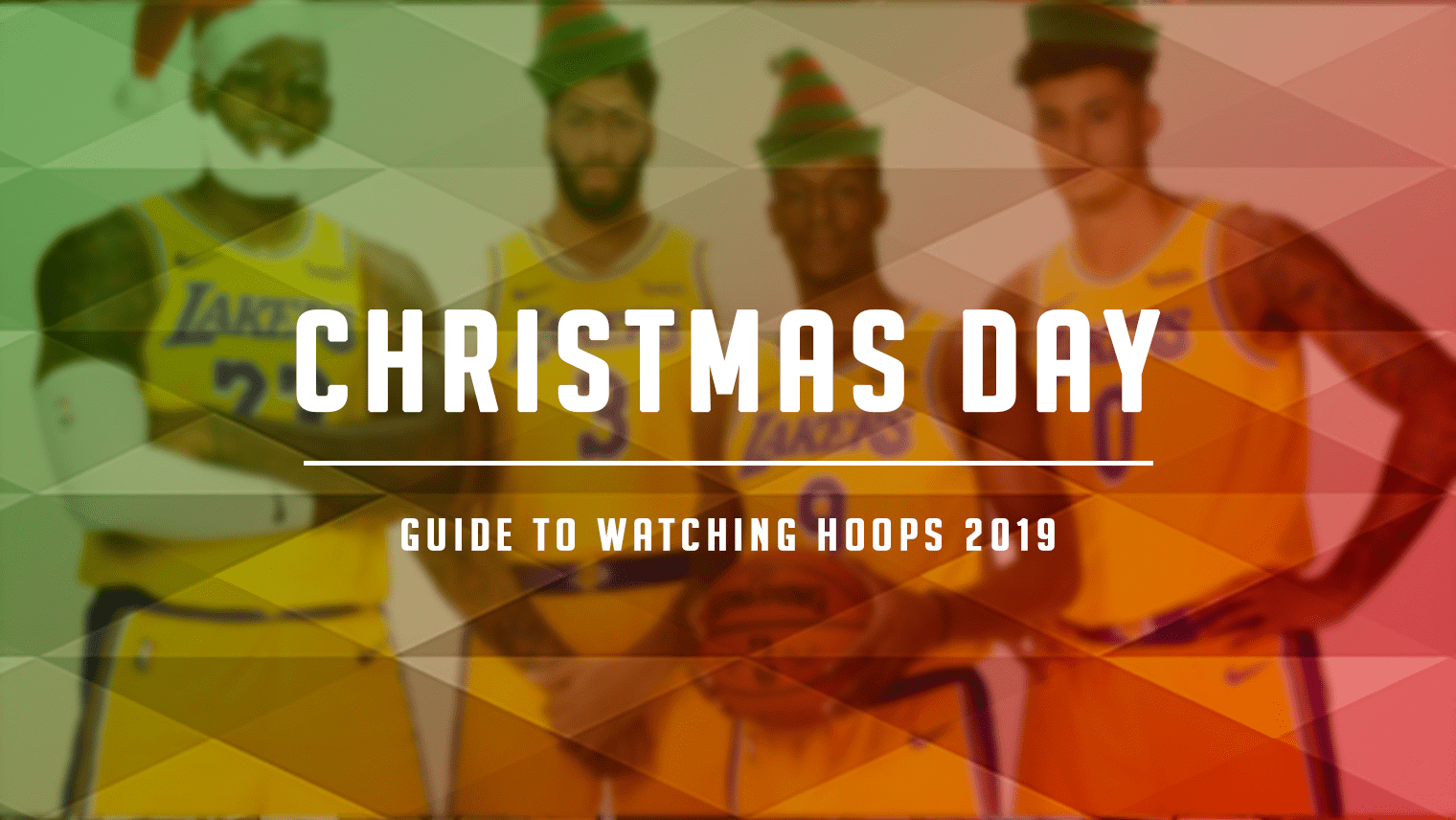 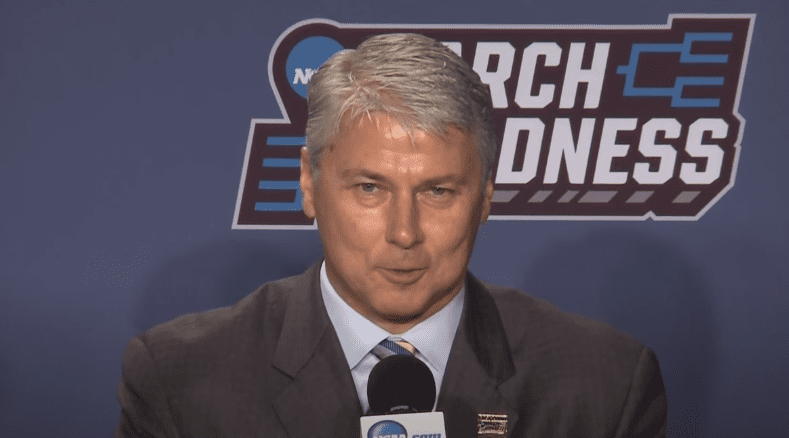