Editor’s Note: In 2019, Nothing But Nylon created Prestige Rankings, a system designed to display the very best and very worst teams any basketball league has had to offer over history. Using points based upon various accomplishments or failures, we have ranked every WNBA team in multiple ways to show you who has truly run the show since 1997. We’re up to #8 Connecticut Sun, but take a look at all of the criteria and defunct teams to get a good idea of how things work.

The first several years after the team moved from Orlando to Connecticut, the Sun experienced solid success. From 2003-08, every season netted positive points, and 2004-06 were triple-digit years, with two WNBA Finals appearances and plenty of playoff wins mixed with regular season triumphs totaling for 554 points, more than 63 percent of the team’s 875 overall raw points.

Nothing too spectacular has occurred since. A mini-run in 2012 amassed 99 points, and 2013-16 were spent below-.500. Other than 2012, the Sun haven’t approached the WNBA Finals for more than a decade. The early accomplishments are enough to lift Connecticut comfortably above some of the other underachieving veteran teams in the league and solidify it as one of the best teams without a championship, but without that title, the Sun find themselves in the bottom half of the league historically.

Five separate winning streaks of at least three games, including eight in a row early in the season, helped the Sun achieve a 26-8 regular season record, the best in the league by one game.

As the No. 1 seed in the East, Connecticut faced the No. 4 seed Detroit Shock in the first round and took care of them, 2-0, to reach the Eastern Conference Finals for the third-straight season in their third campaign in Uncasville. The second-seeded Indiana Fever stood between the Sun and their second WNBA Finals appearance in a row. Taj McWilliams-Franklin scored 24 and 15 points in Games 1 and 2, leading Connecticut in both matchups, to help carry the Sun to a 2-0 series victory.

It was Connecticut’s second WNBA Finals appearance, but also its second WNBA Finals defeat. The Sacramento Monarchs, the top seed in the West and team that finished one game behind the Sun for the league’s best record, won Games 1, 3 and 4 to take the series, 3-1, and claim the 2005 crown.

Nykesha Sales was the team’s leading scorer with 15.6 points per game, followed by McWilliams-Franklin (13.9), Lindsay Whalen (12.1) and Katie Douglas (11.0). McWilliams-Franklin cleaned up on the glass, averaging a team-high 7.3 rebounds per night, and Whalen was the lead distributor, posting 5.1 assists per outing. It was Mike Thibault’s third year with the team and the second WNBA Finals showing of his career, the first coming with the Sun one season earlier in 2004.

It was Anne Donovan’s first year as head coach, following up Mike Thibault’s 10 seasons of service before his ousting in 2012, and it didn’t go well. After having the best regular season record in the league and reaching the Eastern Conference Finals a season prior, the Sun plummeted to the basement. In the last half of August, Connecticut dropped seven showings in a row, solidifying it toward the bottom of the standings. From there, the team won three of its final five, but it wasn’t enough to escape the title of the WNBA’s worst, its 10-24 mark one-game beneath the Tulsa Shock’s.

Tina Charles put up 18.0 points per contest, tops for the team, with Allison Hightower (12.8), Renee Montgomery (10.1) and Tan White (9.2) next. Charles rounded out her double-double average with 10.1 rebounds per night, and Montgomery and Hightower split the distribution duties almost exactly, dishing 3.1 and 3.0 assists per outing, respectively. Injuries kept Kara Lawson, one of Connecticut’s best players and veteran, from playing most of the season as she was limited to only nine appearances.

It wasn’t all negative, though. Charles was named to the All-WNBA Second Team, a single shining light in an otherwise bleak campaign. It keeps the season from being the worst possible by our metrics, but not by much.

After moving from Orlando following the 2002 season, the newest residents of Uncasville, Connecticut, started from scratch on their staff, hiring Thibault as the first head coach of the revamped Sun.

From 2003-12, he patrolled the Sun sideline, compiling a 226-152 record (20-18 in the postseason) with two WNBA Finals appearances, five Eastern Conference Finals showings and eight WNBA Playoffs berths. No other Connecticut coach comes close to eclipsing his 10-year tenure, and the Sun have not whiffed the success they had under Thibault since he was fired. He was soon hired by the Washington Mystics and has served as their head coach and general manager since 2013. 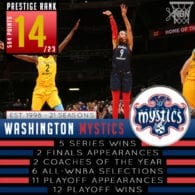 Taking Calm to the Storm, Agler Finds Perspective as Assistant 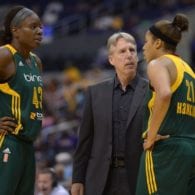 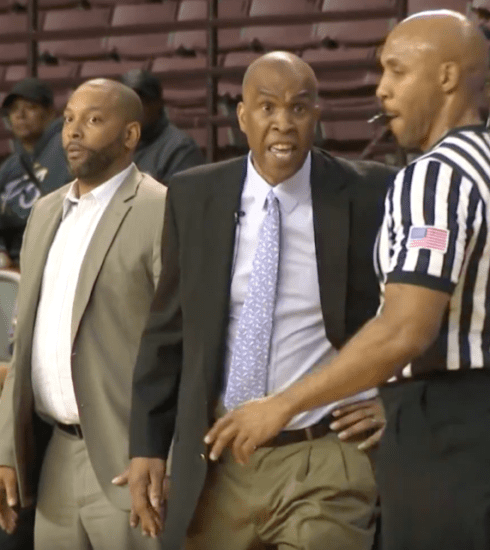 How to Succeed in a Small Conference 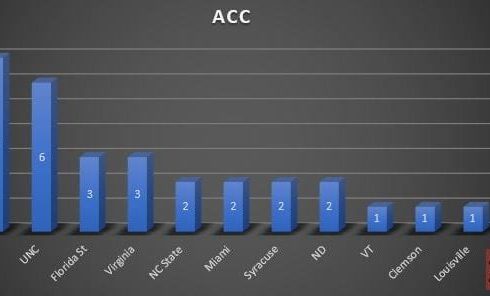 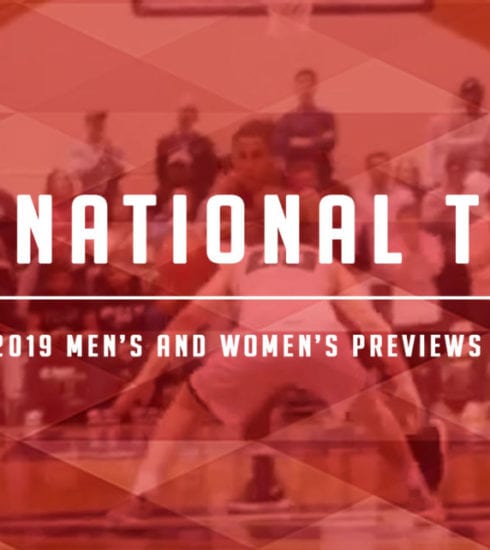