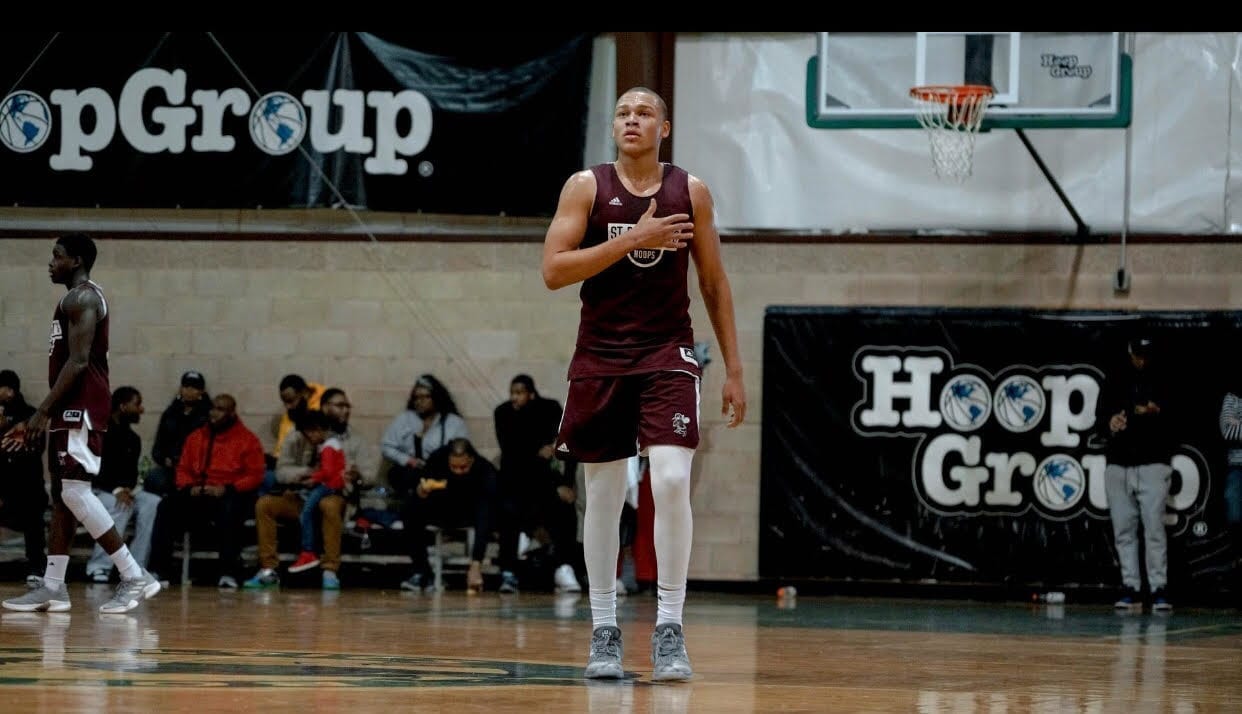 In the Wilcher family, no rest for the weary is taken literally.

Sergio Wilcher, the man of the household, will wake up in the wee hours of the morning and search online for new ways to help his kids improve at basketball. His middle child, C.J., is a junior at St. Benedict Prep in Newark, New Jersey, and a hot commodity for several Division-I programs, holding offers from Cincinnati, Providence, Xavier, St. John’s, Minnesota and Florida, among others.

C.J. will occasionally walk by his parents’ bedroom after the sun has set and see his dad, lying awake in bed, researching and brainstorming ways to help him and his younger brother, Simeon, get better.

Sergio played two seasons at Southwest Oregon Community College from 1988-90 and has passed the dream of college basketball on to C.J. He was adamant that he “just critiques jump shots” and is “strictly instructional now,” but the sport is still always on his mind.

“He loves basketball. The man constantly thinks about it,” C.J. said. “He has a ton of input of ways I can get better or expectations he has set for me. The reason why I am who I am basketball wise, he’s the guy. He’s the reason I am who I am.”

Naturally, basketball is always on C.J.’s mind, too. He understands the opportunities it can bring him, and he doesn’t want to squander any opportunities.

“Basketball doesn’t define me, I just play basketball, but it’s something I take seriously and take to my heart,” he said. “I know the opportunities it can give me, places it can put me in life. My days are consisted around work and basketball. I always try to put myself in the best position I possibly can.”

In C.J.’s neighborhood in Plainfield, New Jersey, there are many kids his age who are involved in the dirty business of the streets, let alone have plans for college. Sergio moved to Plainfield in 1984 and has spent most of the last 30 years in the area. He has seen and experienced himself the difference basketball and education can make in a young person’s life, and it drives him to give that to his children.

“I don’t have $200,000 to pay for college, and I don’t want him to graduate from college with student loans and things on his back,” Sergio explained. “I understand what basketball has done for me, where it took me, to every state in the country, playing, always traveling, getting recruited by colleges. Graduating from college, your life is different. You take yourself to another level, you give yourself a shot.

“A lot of times, kids from where we’re from don’t get a shot, or they don’t take advantage of the ones they have because they don’t have anyone who’s going to be consistent and keep them in the right place. I get up at 3 o’clock in the morning. I’m up because I’m never satisfied with where (my children) are. You can always do better, you can always do more. As far as using this thing to change his life, absolutely it’s been preached.”

It’s bigger than that, though. For the difference basketball can make in C.J.’s life and the places it can take him, what he’s learned from the game is even more grandiose.

For any high-level basketball player, it takes years of constant training, workouts and struggles to improve. There’s no fast pass to basketball ability. C.J. said he works out every day, two or three times per day, and he’s worked at that level for years.

Through his strife in basketball, C.J. learned his love for the process. In everything he does, it loves to see himself progress after putting in the time and effort.

“I like getting better. I like seeing results in myself,” he said. “It carries on to school. If I’m studying and I get better (at a subject), I get hyped up, just like I am when I’m working out. It carries along to every factor of my life.”

Basketball also gives something C.J. a positive path with which a future can be built. It can be easy for people his age, especially in areas like his, to make mistakes and hang around the wrong people if they don’t have something to work toward.

Sergio has used his experiences from his youth to steer C.J. away from some of the slip-ups he made, and he always makes sure to give his son the “brutal truth.”

C.J.’s father has owned and operated his own barber shop, U Need It, for three years and has cut hair for 17 years. C.J.’s mother works as well, and he grew up seeing his parents put in long hours to make ends meet for themselves and their five kids. Although Sergio said he tells C.J. he doesn’t need to rely on his son’s work to survive, C.J. said he feels like he plays for more than himself.

“I don’t think like normal teenagers in a sense of why I play basketball,” C.J. said. “What I can get out of basketball can change my family’s life for as long as we’re on earth. That’s what drives me constantly. Seeing my parents wake up and everyone having to go to work. Even my dad, he owns his own job, and I don’t want him to do that. I don’t want them to have to stress about work, paying bills, having to wake up to go see people, work with people or work for people they don’t like.”

It sounds like a large burden to carry, even though his parents insist to him he doesn’t have all that responsibility. But to C.J., it’s nothing more than how it is, and he can’t remember it being any other way since he was 10.

“It doesn’t feel like anything,” he said. “It’s just who I am. It’s who I’ve always been. While playing basketball, I never remember (thinking), ‘Why do I play?’ It’s always been the same reason. Always.”