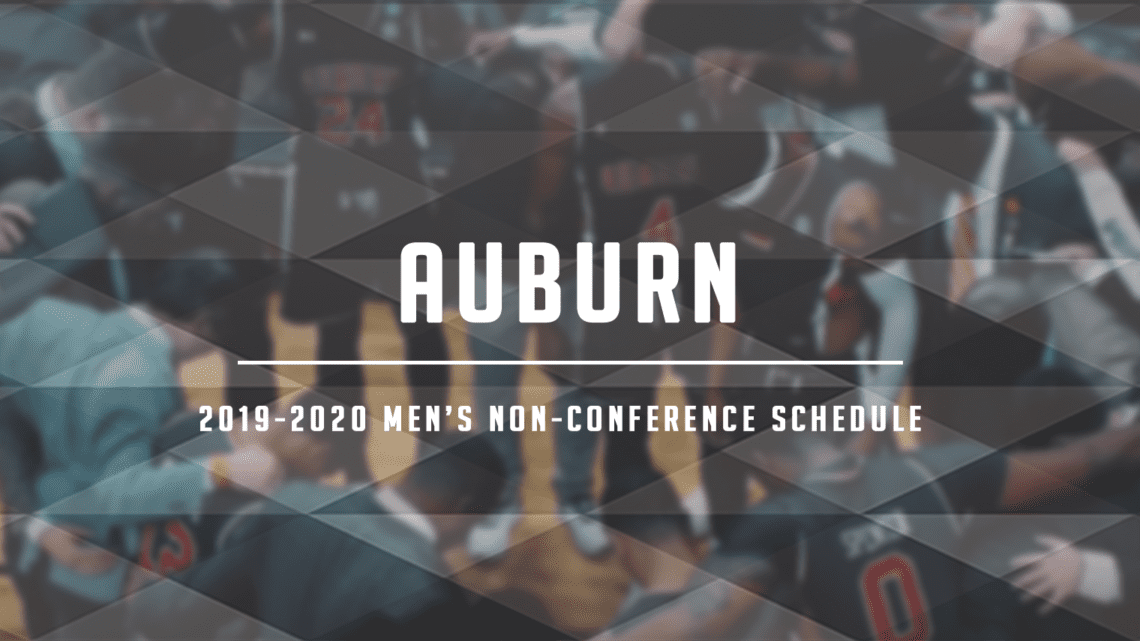 by Justin Meyer
in College, News

Auburn released its non-conference slate for the 2019-2020 season earlier this month, and there are several matchups worth remembering.

Perhaps the biggest game on the schedule is set for well into conference play. As part of the Big 12/SEC Challenge, the Tigers will host Iowa State on Jan. 25. The Cyclones will have a lot of new faces this season, but they will have had nearly three months to work out any growing pains. The timing of this game is huge for momentum into the final stretch of the season, which is the most important period of the season for influencing your NCAA Tournament hopes and positioning.

Auburn’s date with NC State will be big, too. This is the second half of the home-and-home between the schools. State took the first part in Raleigh last season, 78-71, in what was ultimately one of the most important wins of its season. The Tigers have their chance at revenge in Auburn Arena on Dec. 19.

The Tigers will participate in a small preseason tournament, the Legends Classic, on Nov. 25 and 26 in Brooklyn, New York. Auburn’s first of two guaranteed games will be against New Mexico, then based on the results of that game and the other semifinal, it will face either Wisconsin or Richmond the following day. This will provide Auburn with a couple games against possible NET top 100 opponents, which come handy come Selection Sunday.

A duo of neutral site A-10 matchups against Davidson in the Veterans Classic in Annapolis, Maryland, on Nov. 8 and Saint Louis in the Mike Slive Invitational in Birmingham, Alabama, on Dec. 14 give Auburn more good shots at Q2 games. Auburn also hosts Furman on Dec. 5, and the Paladins return a good chunk of the talent that nearly made the NCAA Tournament and defeated Villanova on the road in non-conference play.

Last season, Auburn’s non-conference strength of schedule was a big help in its seeding. The Tigers sprinted all the way to the Final Four as a No. 5 seed, a run that might not have been possible had they been awarded a lower mark. The team’s numbers should be great again this year with the amount of quality opponents on the docket, and you can expect that to carry weight with the committee on Selection Sunday.