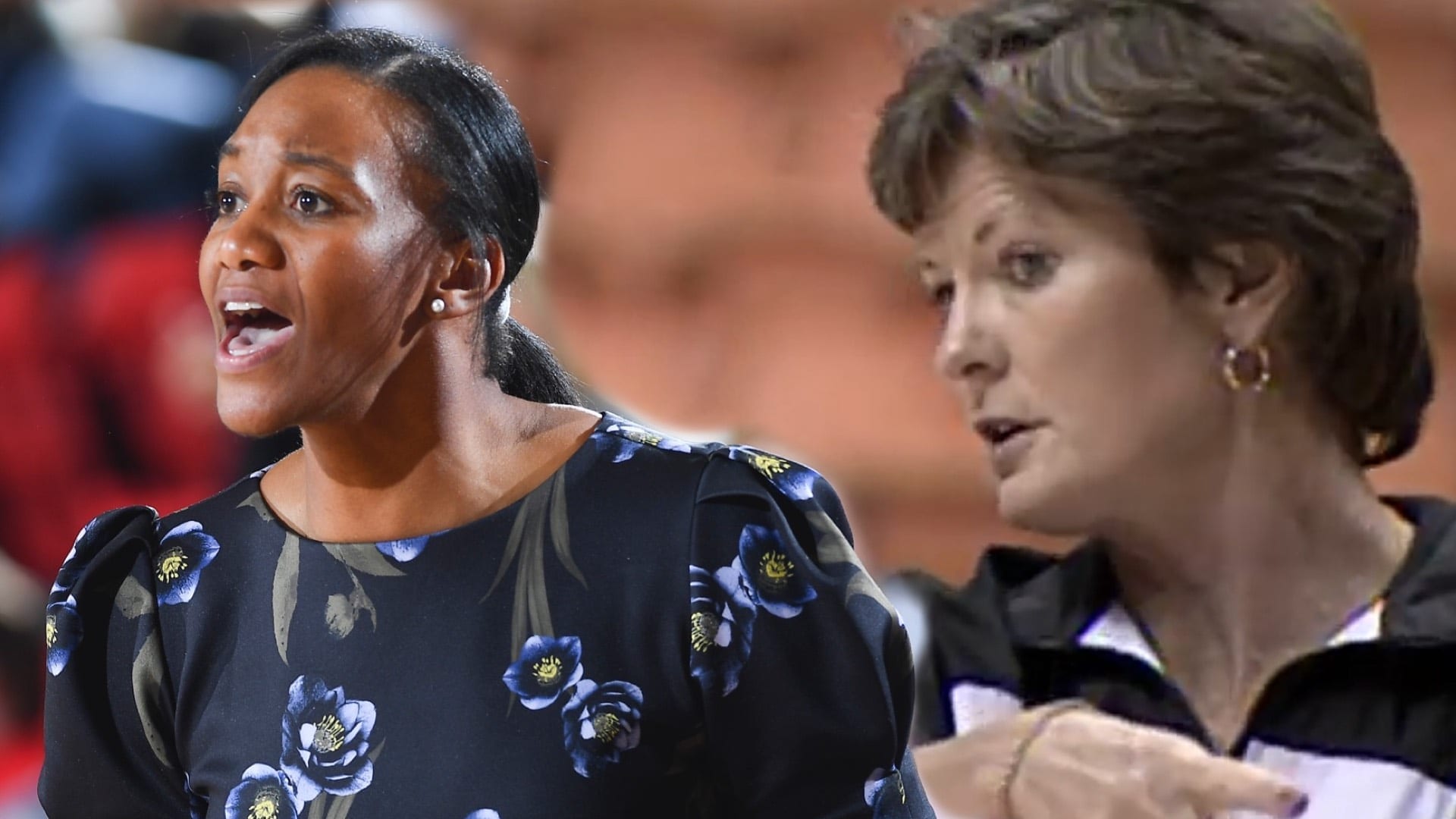 Millions of people have played basketball. Only hundreds can say they did for Pat Summitt.

Alex Simmons is one of them.

Simmons has been the head women’s basketball coach at Gardner-Webb for two seasons. Before that, she served as an assistant at Ole Miss and Middle Tennessee for eight years, with a short stint as interim head coach in Oxford in 2018.

But before she took to the sideline, she spent five years playing at Tennessee, winning two national championships, featuring in three Final Fours and learned from one of the greatest coaches in all of sports.

It didn’t seem that extraordinary to Simmons while in Knoxville, though. It’s only with the perspective of more than 10 years, a marriage, a couple kids and a few coaching jobs that she can appreciate how fortunate she was.

“A lot of people always ask, ‘How did you like playing for Pat?’” Simmons said. “It’s an easy question to ask but a tough one to answer. When you’re going through it, all you’re thinking is, ‘She’s my coach.’ Like when anybody else plays basketball and they’re on a team, they’re not really thinking about, ‘Who am I playing for?’ They’re thinking, ‘This is my coach,’ and it’s as simple as that.

“Especially with the things you see now about her, whether it be quotes or old videos, it puts a lot of things into perspective,” she added. “Sometimes, I don’t think we necessarily understand when we’re going through it. Then in hindsight, things just make more sense. I think I’ve probably had a lot of those moments throughout my coaching career.”

The championships, the wins and the mentorship almost didn’t happen. When Simmons was a highly-touted high school recruit, she wasn’t planning on going to Tennessee. It was a different SEC program that she had in mind.

“It was kind of a last-minute decision for me, to be honest with you,” Simmons explained. “I was going to go to Florida to play for Carolyn Peck. Coach Summitt called. The more my family and I talked about it, going to Tennessee just made more sense. I was really close to my grandmother, and I wanted her to be able to see my play. Being realistic, that wasn’t going to happen if I was in Florida. I think that had a little bit to do with it, and then obviously, going to play at Tennessee, where they win championships year in and year out and being able to play for another Hall of Fame coach.”

Pat Summitt didn’t only influence her playing career; Simmons might not be coaching right now if not for her college coach hooking it up for her after graduation.

Simmons graduated from Tennessee in December 2008 and concluded her days as a Lady Vol a few months later. It left her without a clear path.

“I kind of thought about going to play, but I didn’t feel like my knees and my body would stand all of that,” Simmons said. “I didn’t know what I wanted to do.”

Summitt and her longtime assistant, Holly Warlick, had a good relationship with Bonnie Henrickson, the head coach at Kansas at the time and current head honcho at UC Santa Barbara, and the Jayhawks were looking for a grad assistant. Summitt and Warlick set it up for Simmons, and the player got her first taste of coaching.

That was where Simmons discovered what it was she wanted to do, she said, and it was only the first way Pat Summitt influenced her coaching. At least, that she knew of at the time.

Right before one random practice in college, Simmons was warming up off the side without paying much mind to those around her. Unbeknownst to the player, her coach was observing.

“(Summitt) came over where I was doing my thing, and what she says is, ‘Keep your eyes on the rim and hold your follow-through,’ and I did that,” Simmons recalled. “It was one of the simplest things, but it’s something that was huge in what I was doing, and so it stuck with me.”

In her Gardner-Webb office now, Simmons has a picture of her team’s bench players dipping their hands in the cookie jar to mimic their teammates’ shooting form. Simmons told her players that story, and it became a hallmark of the program.

“Every time I look at that picture, I think of that moment,” she said. “It became a theme on our team. Any time anybody makes a three of anything like that, everybody holds their follow-throughs.”

From the outside, it sounds like an innocuous moment; a coach reminding her player about some of the most basic fundamentals of the game. What’s so remarkable about that?

“It was more of a consistency message,” Simmons explained. “When she taught things like that, it was always about consistency and muscle memory. I’m sure every coach in the country teaches their players the same thing as far as holding your follow-through, but I think when from her, it was just about consistency.”

With consistency comes dependability, and with dependability comes trust, Simmons said. That was a core tenet of Summitt’s operation.

“It’s usually the ones who are most consistent that can be depended on,” she said. “Not everybody is going to have the same tole, and I think she did a good job of making us understand that. But it all came from pretty much a trust perspective where if you’re not consistent, that basically means I can’t trust you in certain situations.”

Trust isn’t just on the court, though, as Simmons learned from Summitt. Trust off the court is crucial, too, and it is built through honesty.

When Simmons was still at Ole Miss in 2017, she said in a video feature that Pat Summitt “wasn’t a coach who was just going to tell you what you need to hear.” That same policy has bled into how she manages her team now.

“My players right now know my door is always open and that they can come and talk to me about anything they want to,” Simmons said. “But at the same time, they’re very aware that I’m going to give them my honest opinion. I think the more honest you are about your program and with the people in your program, things just run much more smoothly.”