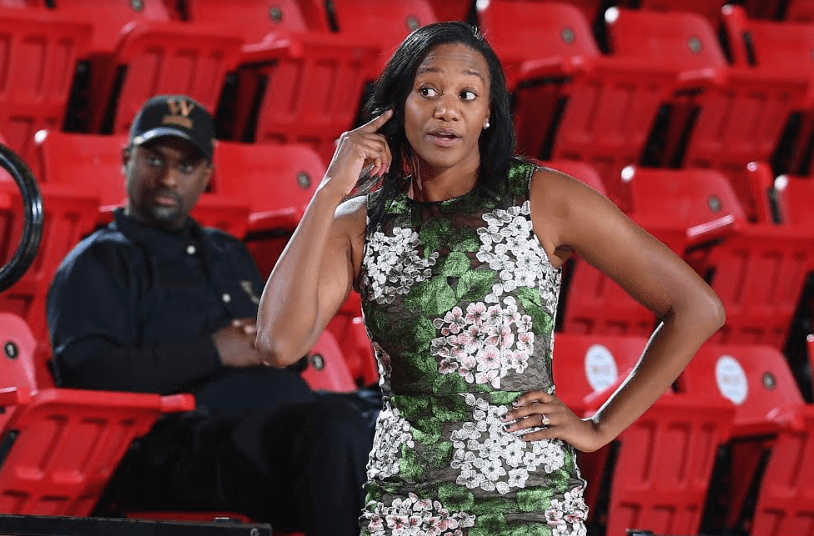 It helps to have someone like Pat Summitt coach you in college, of course. Summitt was one of the most successful and impactful coaches in basketball history, let alone in women’s college basketball, and Simmons spent five years at her service. Naturally, Alex Simmons took some Xs and Os information from her coach, like a defensive philosophy based on scouting reports and high basketball IQs. But Summitt was also a coach known for telling players what they needed to hear, whether they wanted it or not, and that rubbed off on Simmons.

“I think it comes from an honesty perspective,” Simmons said. “You don’t simply tell a recruit that they had a good game when really they played terribly. You want your coaches to be honest with you, and you don’t want them to tell you what you want to hear just to make you feel good.”

Simmons remembered that as Summitt helped hook her up with her first coaching experience out of college: a grad assistant role at Kansas. From there, Simmons took off, jumping to become an assistant at Middle Tennessee after one season in Lawrence, then moving to take the same position at Ole Miss in 2013, where she remained until 2018, accepting the head coaching job at Gardner-Webb that year.

With instruction from Summitt and others who have surrounded her during her career, Simmons is now entering her third campaign as a head coach. As she has progressed, she’s learned more about the different roles a coach must play. It isn’t just about teaching defensive rotations and instilling proper technique in the players – there’s an entire mind that is up to you to influence positively.

Alex Simmons doubles as not only a Division I head basketball coach, but she’s also a mother and wife, two vital roles that are her responsibility to fulfill. As a coach of young women, she views it as part of her job to prepare them to become wives and mothers.

“That’s just the reality of anatomy really,” Simmons said with a laugh. “I would be remiss if I told them that they can’t do it all, have it all, and still be a good wife, a good mom, a good sister, daughter, and whatever else they want to be. That’s always been my message.”

It’s not only about the lessons Alex Simmons has been able to pass on. She has also learned a great deal through her years as a player and coach, and one of the biggest areas of growth she has experienced is in failure.

In basketball, failure can come in obvious ways, like losing a game or getting fired from a job, but there can be small failures consistently, like shooting poorly in a practice or getting beat defensively. All of it has to be accepted and taken in part of a process that take you to where you want to be, Simmons said.

“In our business, everybody always says, ‘All coaches have either been fired or will be fired,’” Simmons said. “At Ole Miss, things didn’t work out, which would be construed as a negative for me, but at the same time, it was just another stepping stone to get to where I am now.”

As a coach, her experiences with all those failures, and plenty of successes, too, puts her in excellent position to relate to her players, Alex Simmons explained.

“From my perspective, my players respect me because, number one, they know I’m going to be honest with them, and number two, they know I’ve been through some things, whether it’s injuries, losing players, losing games,” Simmons said. “I’ve been through a lot of things in my coaching and playing career. When they come to me about certain things, more than likely, I had some type of experience that was similar.”

That allows her to take what she has learned through her decades in basketball and apply them to her players, and it can help them in more places than just the basketball court.

“I think anybody who knows me knows I always strive for whatever goals I’ve set and won’t stop until I reach them,” the coach said. “I preach this to my players now: do not let anyone stop you from doing what you want to do, and do not let anybody kill your mindset. Do not allow anybody to force you to do anything you don’t want to do, and don’t let anybody tell you that you can’t do something.”