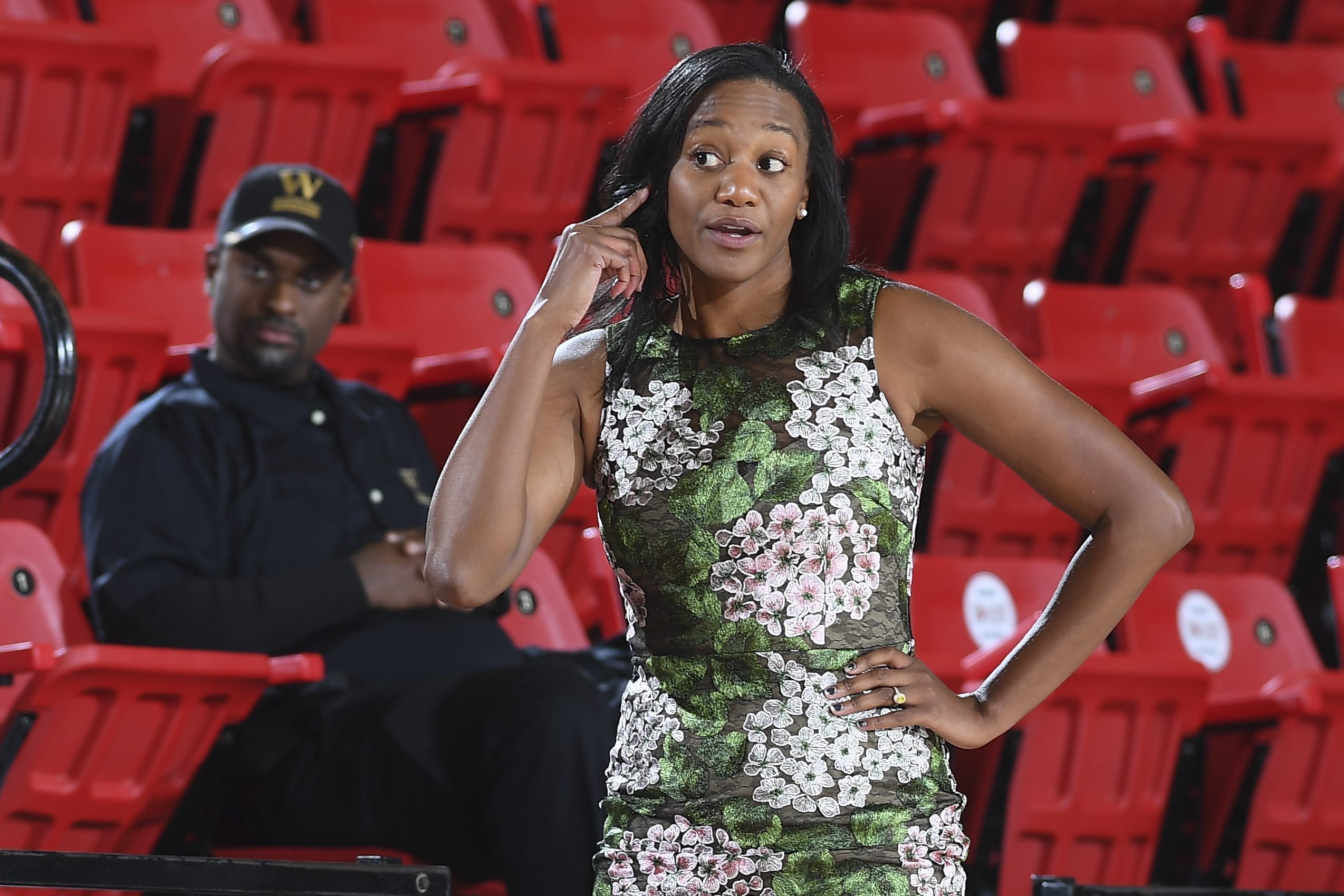 Nothing But Nylon has featured Gardner-Webb and its head women’s basketball coach, Alex Simmons, the last few weeks, from explaining her relationship with Pat Summitt to how the Insell family inspired her and more. Now that it has come to an end, we’ve collected all the content and put it neatly into one spot for you.

In our opening post of the series, we looked into how Pat Summitt, who coached Alex Simmons in college at Tennessee, influenced her player in a multitude of ways.

“Every time I look at that picture, I think of that moment,” she said. “It became a theme on our team. Any time anybody makes a three of anything like that, everybody holds their follow-throughs.”

Gardner-Webb 2019-20 in Review with Coach Simmons

The 2019-20 season was the second for Simmons at Gardner-Webb, and things were looking good before the coronavirus pandemic caused the season to be cancelled prematurely. But Coach Simmons and her program still feel positive about the campaign.

“Unfortunately, this year we didn’t get to finish our season, but I had that same feeling that I had as a player when it comes to winning championships,” Simmons explained. “I think everybody around me had that same feeling of, we just felt like we were going to win the conference tournament this year. We were peaking at the right time, we were doing all the right things at the right time, so everything just felt right and it felt good. Unfortunately, we didn’t get to finish.”

Rick Insell and his sons have had a profound impact on Alex Simmons’ playing and coaching career. Incredibly, the family influenced her to throw herself into playing basketball, coached her to a few high school state championships, helped launch her coaching career and nurtured her into the head coach she is today. This is how the Insells adopted Simmons into its basketball family.

“I had some great players around me, so I think first I learned to understand what my role was,” Simmons said of when she was a high school underclassman. “I didn’t necessarily have to be the leading scorer, the leading rebounder, the main player. I just wanted to have a role on the team. Those first two years with Coach Insell prepared me for my role in college, because I understood I wasn’t going to be the main scorer, I wasn’t going to be the go-to player, but I did have a critical role in the team.”

Alex Simmons has learned under some of the brightest basketball minds, and from their wisdom and her own experiences, plenty of life lessons have come along the way. This article delves into the larger themes Simmons has incorporated into her program and daily life that stem from her long life in basketball.

“I think anybody who knows me knows I always strive for whatever goals I’ve set and won’t stop until I reach them,” the coach said. “I preach this to my players now: do not let anyone stop you from doing what you want to do, and do not let anybody kill your mindset. Do not allow anybody to force you to do anything you don’t want to do, and don’t let anybody tell you that you can’t do something.”

To close the series on Coach Simmons, we take a step back and go through her basketball journey from beginning to present starting in Shelbyville, Tennessee, the town known for two things.